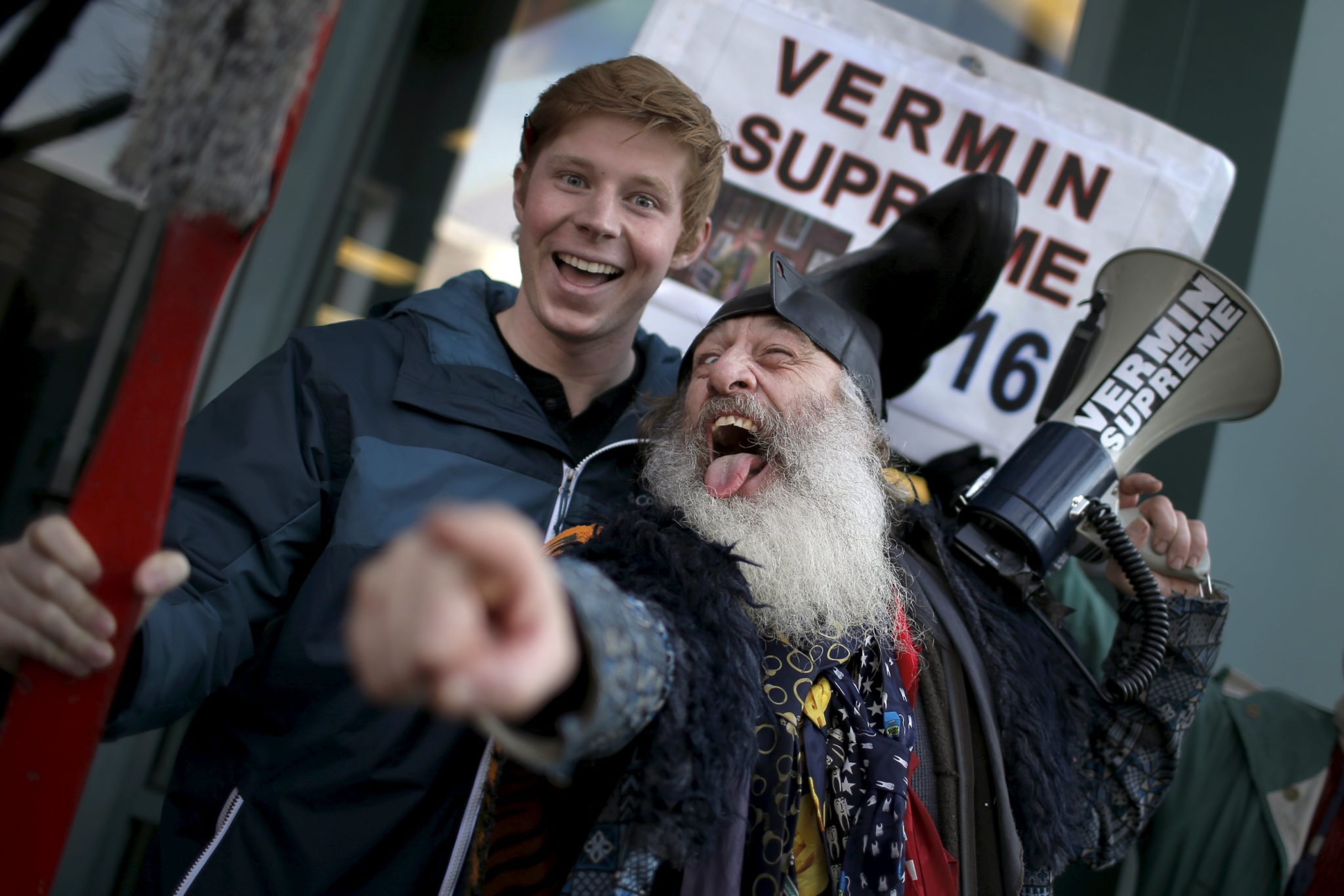 Vermin Supreme has won the New Hampshire Libertarian Party’s primary for president of the United States. The 59 year old from Massachusetts has run for president previously on a platform of free ponies for all Americans and researching time travel.

He campaigns with a boot on his head and carries a large tooth brush.

Vermin Supreme has a strong following among Libertarians in New England where he’s been active for over a decade. Far longer than any other current Libertarian Party politicians in the region. This win though does not mean he will be the party’s nominee for president.