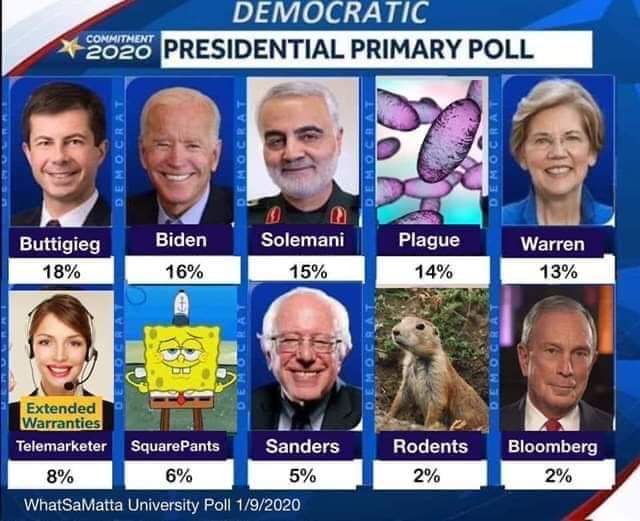 A meme has been making the rounds on facebook showing Democratic Primary Candidate Michael Bloomberg trailing Iranian Quds Commander Solemani in the democratic primary. The meme also has him tied with rodents at 2%, but falling behind telemarketers by 3 points.

Elizabeth Warren is behind the plague by 1%. The margin of error was said to be 2%, which would make sense because every American knows 2% support for Bloomberg is not realistic.