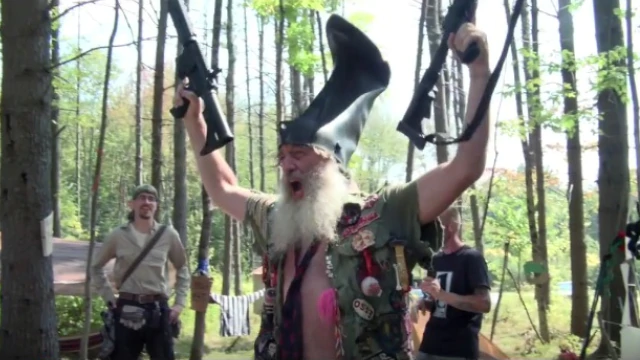 Libertarian candidate for president Vermin Supreme has come out stating that he is going to take Americans’ guns, and give them better guns. The candidate made the proclamation through a meme he shared on facebook.

Vermin Supreme is famous for wearing a boot on his head and running for President on an agenda of free ponies for all Americans. lately though he’s upped the stakes by promising guns for all Americans as well.