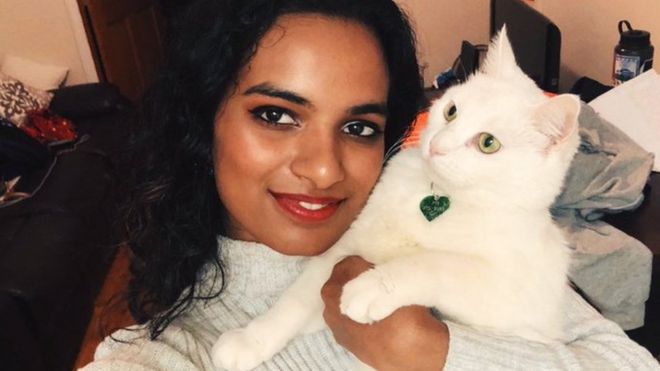 A Liberal on twitter who posts leftwing tweets was dumped by her boyfriend, and now she’s wondering how she’ll tell her cat.

For 22 year old Abby Govindan from Houston, Texas, posting the thought on twitter was the first thought.

“I got broken up with and so a few minutes later I tweeted the first thoughts in my head. People were really nice but I just didn’t expect the response.”

The response went viral with over a quarter million likes.

Abby added: “I’m actually a dog person but I’d had my cat Anjali for just over a year. She was a rescue and provides me with emotional support.

“But it was my ex-partner – whom I had been with for seven months – who taught me how to ‘speak cat’ – they understood each other on an intimate level and she adored him.”