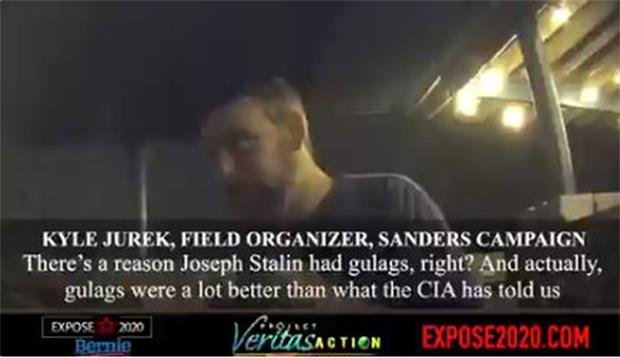 Project Veritas has released a video of undercover operatives recording inside the Bernie Sanders campaign. The video shows bernie staffers talking about cities burning, police being killed, and conservatives being put into gulags.

The staffer says the bernie campaign will have to forcibly reeducate conservatives and trump supporters through gulags.

Take a look at the video below: