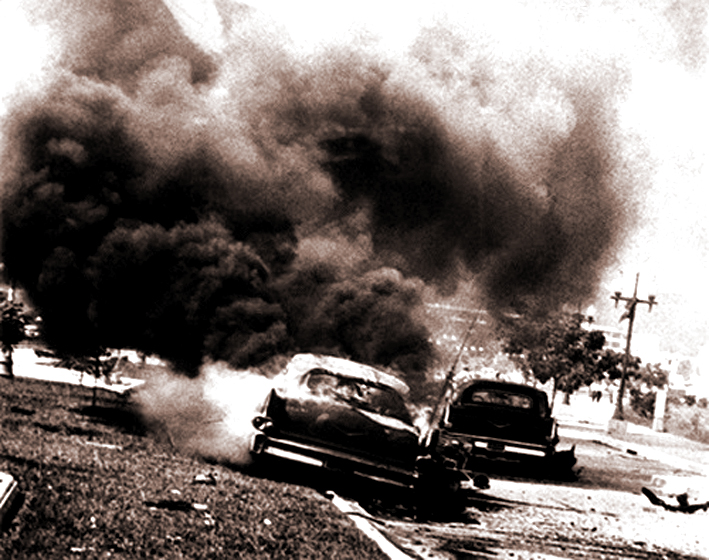 Today in weird history of Venezuela

The history of the failed coup d’etat against Romulo Betancourt, Let’s add up one the most interesting weirdly prophetic situations in Venezuela, When our president told the people days priors told the people, If I touch any of the money of the people for our savings, let my hand be burn.

On the 24 of June around 9:30 am a group that had connections with the dictator of Rafael Leónidas Trujillo, the group placed a car with 220.462 Pounds blew near the president’s car killing Coronel Ramón Armas Pérez and injuring The face of Mr. Betancourt and burning the hands of the president.

The next day Mr. Betancourt on television broadcast he gave a message to the country with his hand covered in bandages, his lips bleeding.