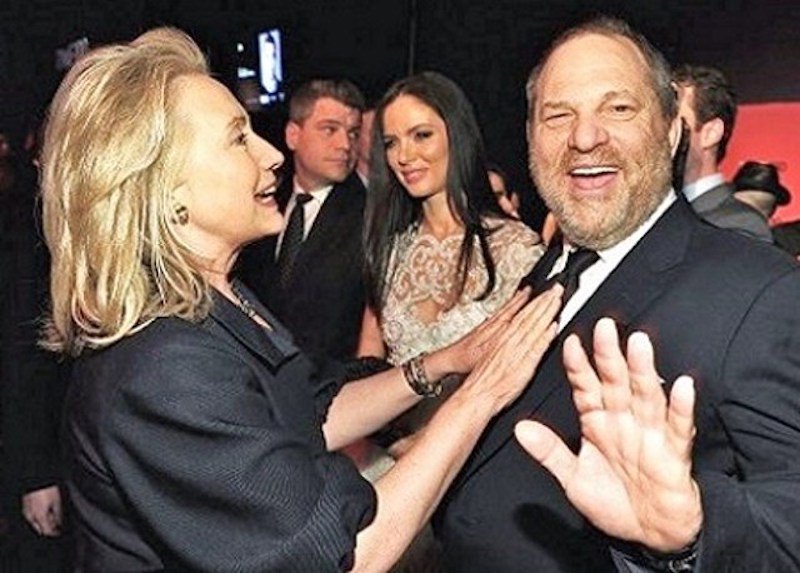 *update. Prntpage is looking into claims of the photo being much older than 2016 due to Hillary’s hair style, as pointed out by readers.*

a photo has resurfaced online. It’s of a giddy Hillary Clinton touching and caressing Harvey Weinstein like a lovestruck school girl. The photo was apparently taken after Hillary’s 2016 loss, and does not bode well for the Clintons.

The relationship Weinstein had with the Clintons is well known. But just how close is what is in dispute.

The Clintons have stated that they only knew of Weinstein through circles of friends. But just like with Epstein, the photos and video evidence online tells a different story.

Weinstein is facing criminal charges now for sexually harrassing, assaulting, and raping dozens of women throughout his Hollywood career, and threatens to upend the hollywood political world.