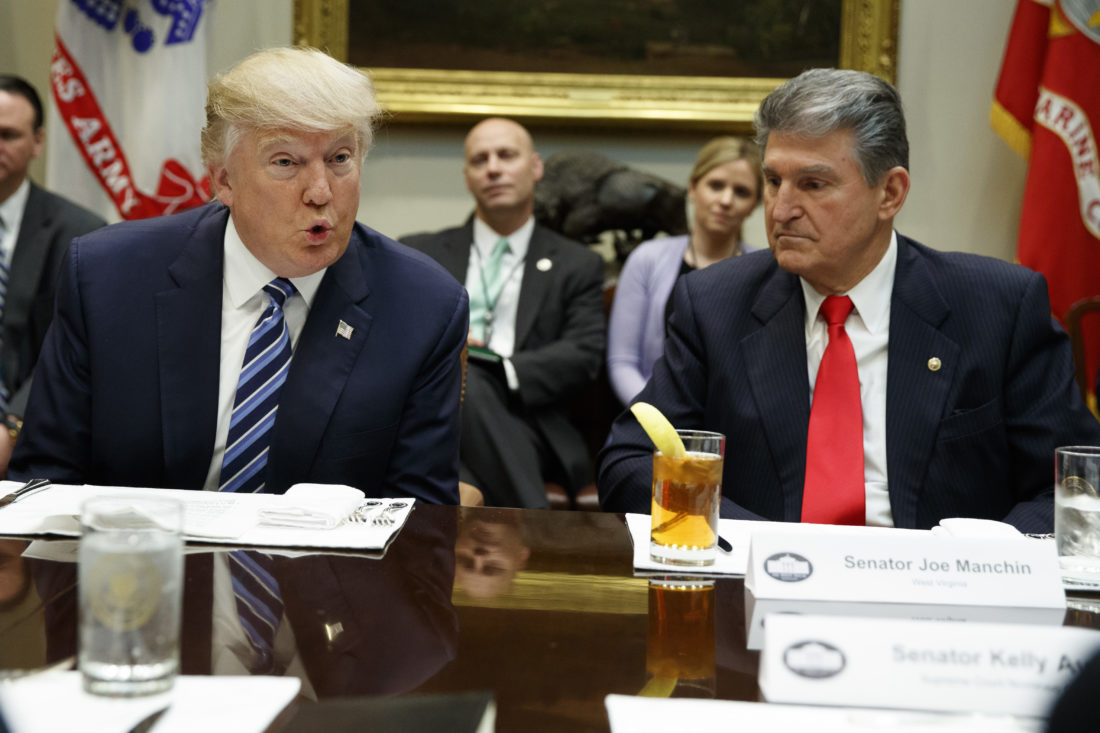 Conservative super PAC The Club For Growth released a wakeup call for Senator Joe Manchin today: retribution will be swift if you vote to convict President Trump. The poll found that 48% would have a less favorable opinion of Manchin if he voted against Trump. Only 20% would have a more favorable opinion. 67% of respondents all in all said they approve of trump’s performance. And even more than that, 69% or nearly 7 in 10, disapprove of removing him from office through impeachment. Trump won West Virginia strong in 2016 by 42 points. In the same poll, 43% said they’d view Manchin more favorably if he switched parties to Republican, while just 27% would view him less favorably. .

One thought on “Poll: If Manchin Votes To Convict Trump, West Virginia Will Not Be Kind To Him”