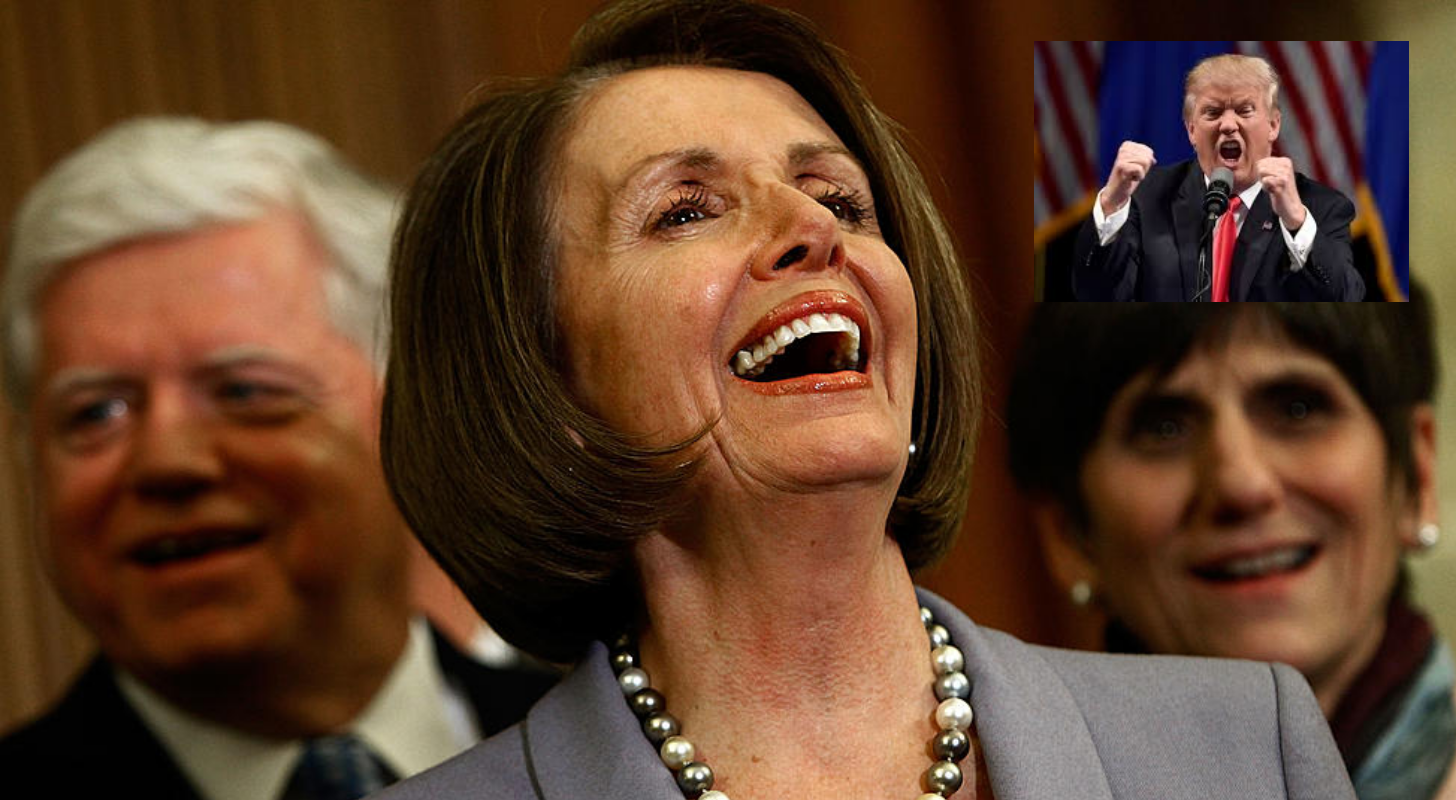 Nancy Pelosi made moves to banish God from the US Capitol, exercising her right as leader of the House to make any and all decisions for the House.

The reaction from GOP House members to this latest outrage has been swift. “We obviously need more God here — not less,” Congressman Graves told our radio listeners yesterday. “We have a chaplain. We open Congress with prayer each morning. It is unbelievable to see folks move us in a different direction.” House Republican Conference Chairwoman Liz Cheney (R-Wyo.) told Fox News, “It is incredible, but not surprising, that the Democrats would try to remove God from committee proceedings in one of their first acts in the majority. They really have become the party of Karl Marx.”

So Pelosi is really trying to make the big cheese angry?

She is right. There has never in our nation’s history been such a difference between the two party platforms. And that is an important distinction to make because the research shows that politicians vote more than 80 percent of the time with their party platform. Should anyone be surprised that the same party that wants to take the lives of children up to the moment of birth would also try to eliminate any reference or notion of accountability to God? Removing God from government has increasing become the focus of the Left. Of course this is not new as the roots of the modern Left go back to the French revolution whose members’ first target was to eliminate God and those associated with Him.

The new Democratic party is clearly out of step with Americans on faith and public service. Polling shows that a majority of Americans want their elected officials to believe in God. The most likely reason is that a belief in God gives citizens a level of comfort knowing that their elected officials are more likely to understand that their accountability goes beyond the citizens, who unlike God, don’t see everything.