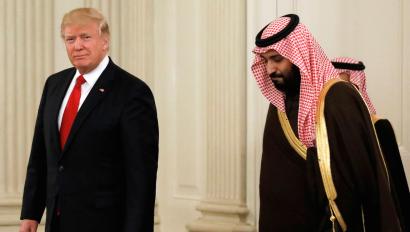 President Trump scored another major victory for the western world: he’s gotten Saudi Arabia to stop building mosques, WORLDWIDE. The Saudi Government has spent billions of dollars in an aggressive campaign the past century expanding it’s radical Wahhabi version of islam to the corners of the globe. The kingdom has built thousands of mosques and islamic schools in dozens of countries, both muslim and non muslim. But now that has come to an end.

The former minister of justice,  Mohammed Bin Abdul-Karim Issa, has announced that the country will cease the practice effectively immediately, according to an arabic news channel named Arabi21.com. This applies to ALL FOREIGN COUNTRIES. The Saudi Government will also relinquish ownership of all current mosques it owns, into the hands of local councils.

The minister added: “The time has come to hand over the Geneva Mosque to a Swiss administrative council that represents Muslims in the area. It should have an elected cleric.”

He disclosed that Saudi Arabia is to take the same measures with all the mosques all over the world, referring to “security reasons”.