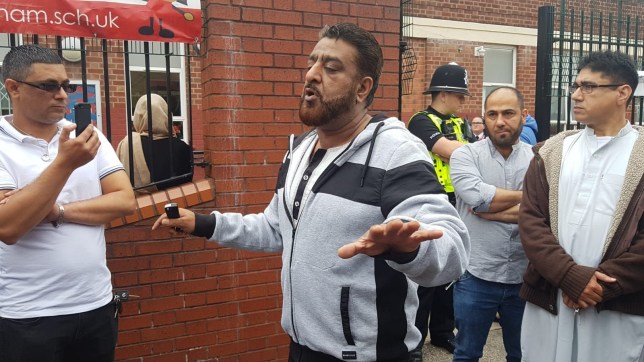 The father of a boy in the UK who refused to send his son to school over LGBT lessons being taught to kids is now facing jail time for it.

Jay Hussein has decided to keep his 9 year old son home from school during LGBT lessons that were to be taught at the Parkfield Community School in Alum Rock, Birmingham, United Kingdom.

Jay has no particular problem with the school teaching the lessons, and is a muslim though does not see himself as extreme by any means. He simply wished to keep his son out of the lessons while they were to go on. But the government deemed this unnacceptable, and the City Council has now begun criminal prosecution of him. He also faces a $3000 fine in addition to jail time.

His lawyer, Paul Conrathe of Sinclairs Law, said: ‘This prosecution criminalises him for not submitting to teaching in breach of his rights.’

Mr Hussain told BirminghamLive during a protest held outside the school in September that: “We are not against anyone expressing their sexuality or being homosexual if that’s what they want. ‘We have no issue if Mr Moffat wants to put on a dress, or dance around like a ballet dancer, or put on a skirt, we have no issue. We have an issue with teaching that nonsense to our kids.”