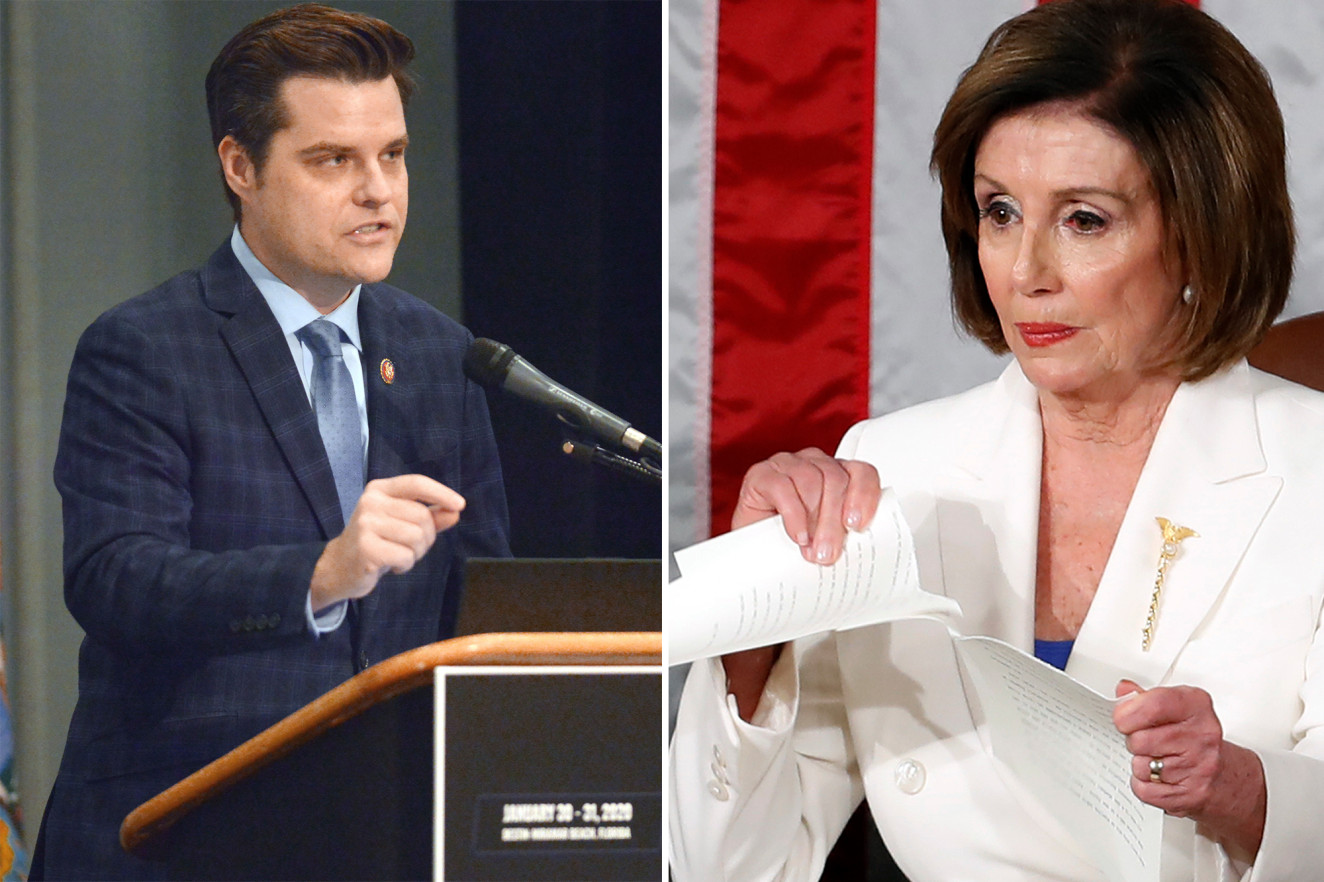 37 year old Congressman from Florida and experience Lawyer Rep. Matthew Gaetz has filed an ethics complaint with the House Committee on Ethics against Speaker Nancy Pelosi for her paper rip publicity stunt, saying she broke laws 1 and 22 of House Rule XXIII, which layout under law the House’s official rules of conduct. “Her behaviour does not ‘reflect creditably on the House,’ nor does it follow ‘the spirit and the letter of the Rules of the House.” her “unseemly behaviour certainly warrants censure.”

He then went on to ask that the Committee refer the case to the Department of Justice for prosecution. Rep. Gaetz says that Pelosi violated a provision of the law that makes it illegal to purposely destroy or mutilate official documents filed with the public office.

“There is no question that Speaker Pelosi ‘mutilated, obliterated, or destroyed’ the copy of the President’s address provided to her at the beginning of the evening,” Gaetz says.

Have you signed the petition to remove Nancy? Read about it below: