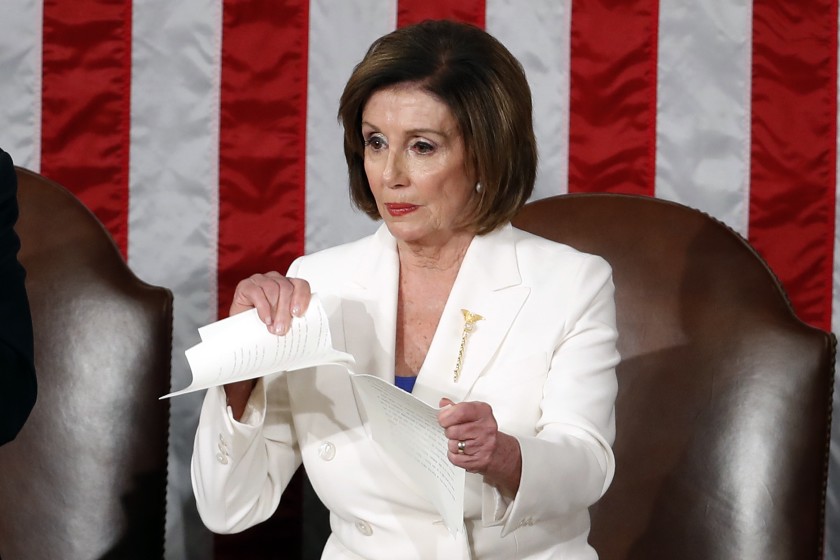 OPINION COLUMN: Nancy Pelosi has flaunted her immunity from the law for far too long. For decades she’s been getting away with deceit, lies and treason. She honored an Iranian terrorist when he was killed by President Trump, even as this terrorist plotted attacks against American troops and was responsible for the deaths of American soldiers.

She meets with foreign enemies and undermines our President to foreign leaders while overseas. anything President Trump does, she comes out against. If Trump said breathing was good, she would hold her breath and die.

Pelosi lied before Congress and attempted to sabotage the 2016 election by having Trump removed through a phony impeachment. she encourages violence against Trump supporters, and her district has become a state of emergency for homelessness.

She is a problem every week. And finally, America saw her true figure at the State Of The Union address when she ripped up an official government document, which according to lawyer and congressman Matthew Gaetz of Florida, broke multiple laws on house conduct.

The time has come for Pelosi to face the music for her crimes. Prosecute her. And convict her.