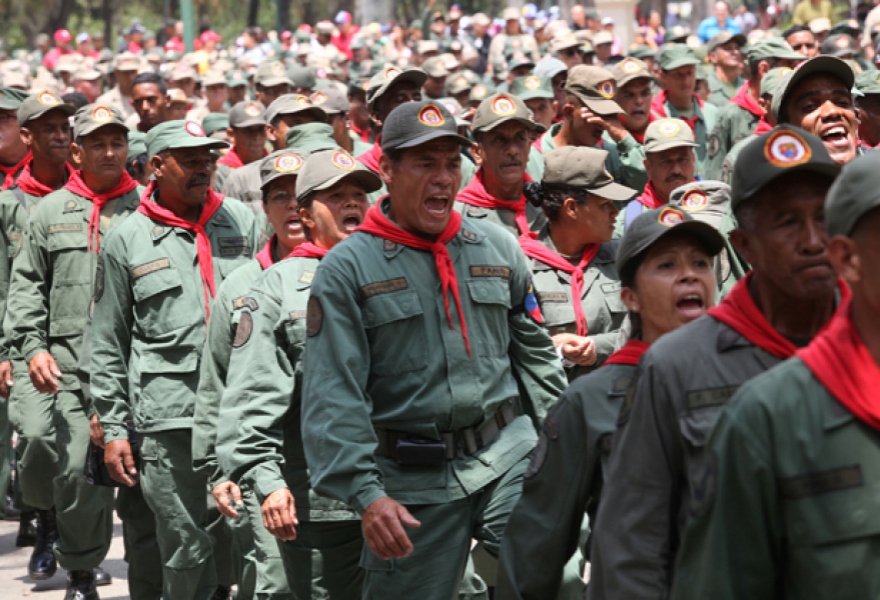 More than 100,000 Venezuelans, some of whom traveled in caravans of vehicles during the night, crossed the border into Colombia over the weekend in search of food and medicines in short supply in their country. The mass smuggling and illegal purchase of food from Colombia, a free market society, has saved the nation from a food catastrophe. But it comes at a price.

Since the humanitarian crisis in the country was strengthened, many Venezuelan men and women, old and young, strong and weak, have themselves taken the difficult task of traveling to the border with Colombia in the state of Cucuta, only in order to be able to get food so they could take it to their families. The journey is risky and long. Disease, banditry, and if sneaking off road, jungle conditions, are some of the risks they face.

But many citizens also run an even greater risk, where they face arrest. The Socialist government regulates and controls all farms and prices throughout the country, carefully regulating the market according to socialist principles. This is done to ensure everyone has food, and farmers are not profiting too much off of citizens, according to the government. To be caught buying free market food can result in your food and money confiscated, a fine, and in somecases even imprisonment. The Socialist Guard is responsible for enforcing these laws.

Many of the guard manning the police posts though are corrupt, and instead of being arrested, a smuggler will be deprived of much of what they could acquire with much sacrifice in the neighboring country.

Overall though, the smuggling practice was a slight relief for the food crisis, because more food products are obtained, but a new one emerges which is the high cost of these imported foods.

To alleviate the problem, the government tries mandating food prices, and raising the minimum wage, but much to the confusion of the government, it is not working.