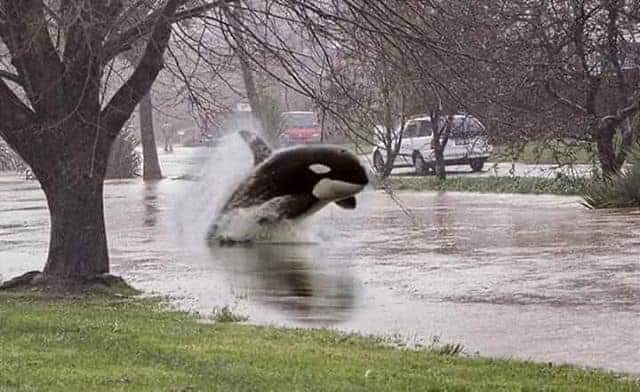 Floods are hitting down under. Just as Australia has managed to beat brushfires, flooding has hit the continent.

A picture uploaded from Queensland, where flooding has hit hardest, is alleged to show a killer whale. The photo was uploaded on facebook by Queensland resident Will George.

Many comments say it’s real, while others say fake. What do you think?