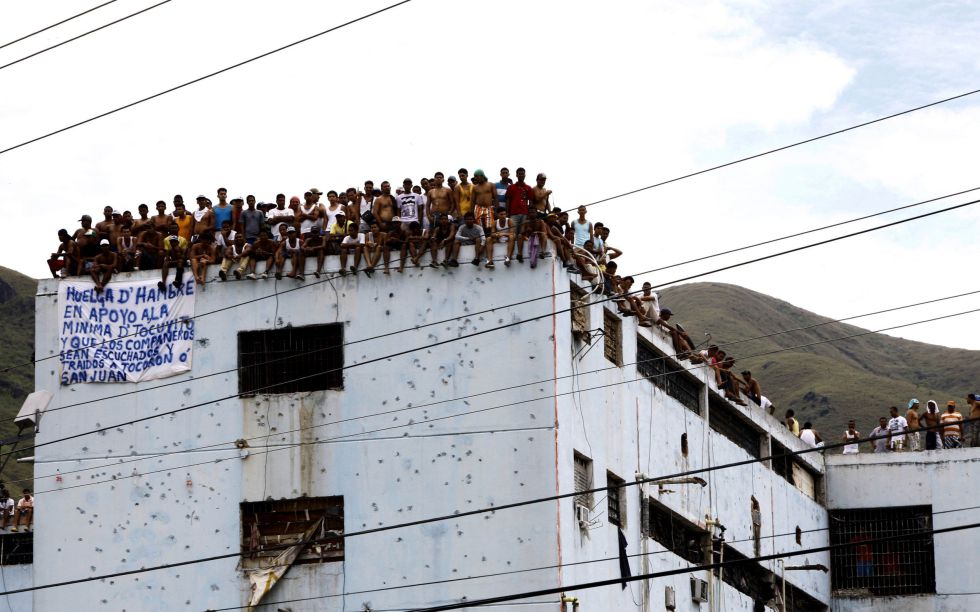 Written by our Venezuela correspondent.

The Tocoron prison, located in the Aragua state in Venezuela, is known to be a prison where prisoners have no control and have more firepower than the country’s armed force.

Within this enclosure, which is designed for 800 inmates, currently, more than 8,000 inmates can be counted.

It is controlled by a leader called “pran” in the gerga of the criminals. in this case the prison pran bears the nickname “El Niño Guerrero”, which in the low status of the country is revered as Pablo Escobar from prison, just for trying to maintain “the best quality of life” possible for prisoners.

Although in all prisons in the world cell phones, vehicles and inadequate clothing are peohibited, in Tocoron there are baseball fields, playgrounds, zoos, food stores, aprons, Internet cafe, disco, liquor stalls, swimming pool, motorcycles and even satellite television like Directv.

The original towers of the prison have become luxury apartments, prisoners paint and fix the facade to hide the multiple impacts of projectiles that have marked the walls. the presence of women on the site has also been evidenced despite being a prison only for men.

The former minister of the prison service Iris Varela, on different occasions has mentioned that the prison regime is being executed in 70% in all prisons in the country, when in reality it is less than 5%. photos have been revealed in which the former minister is demonstrating “romantic and submissive behaviors” with many of the pranes of the prison, demonstrating that in Venezuela he sends more a prisoner than a politician.

Although this sounds like a paradise for convicts, as every social structure is not saved from classism. Although the highest-ranking prisoners have lives of luxuries, the lower-level inmates have to work and get money to pay for food inside the prison and must also pay for protection to the pranes so as not to be killed on the premises.

Many cases of massacres are recorded here and a report made by Jesus Medina Ezaine, revealed that the bodies were thrown into pigs as it is the fastest way to undo a body.

We can classify this prison as one of the greatest failures of the socialist revolution since the government has absolutely no control of this precinct and many police and military prefer not to get into the affairs of the prison, since they know they would risk their lives for nothing