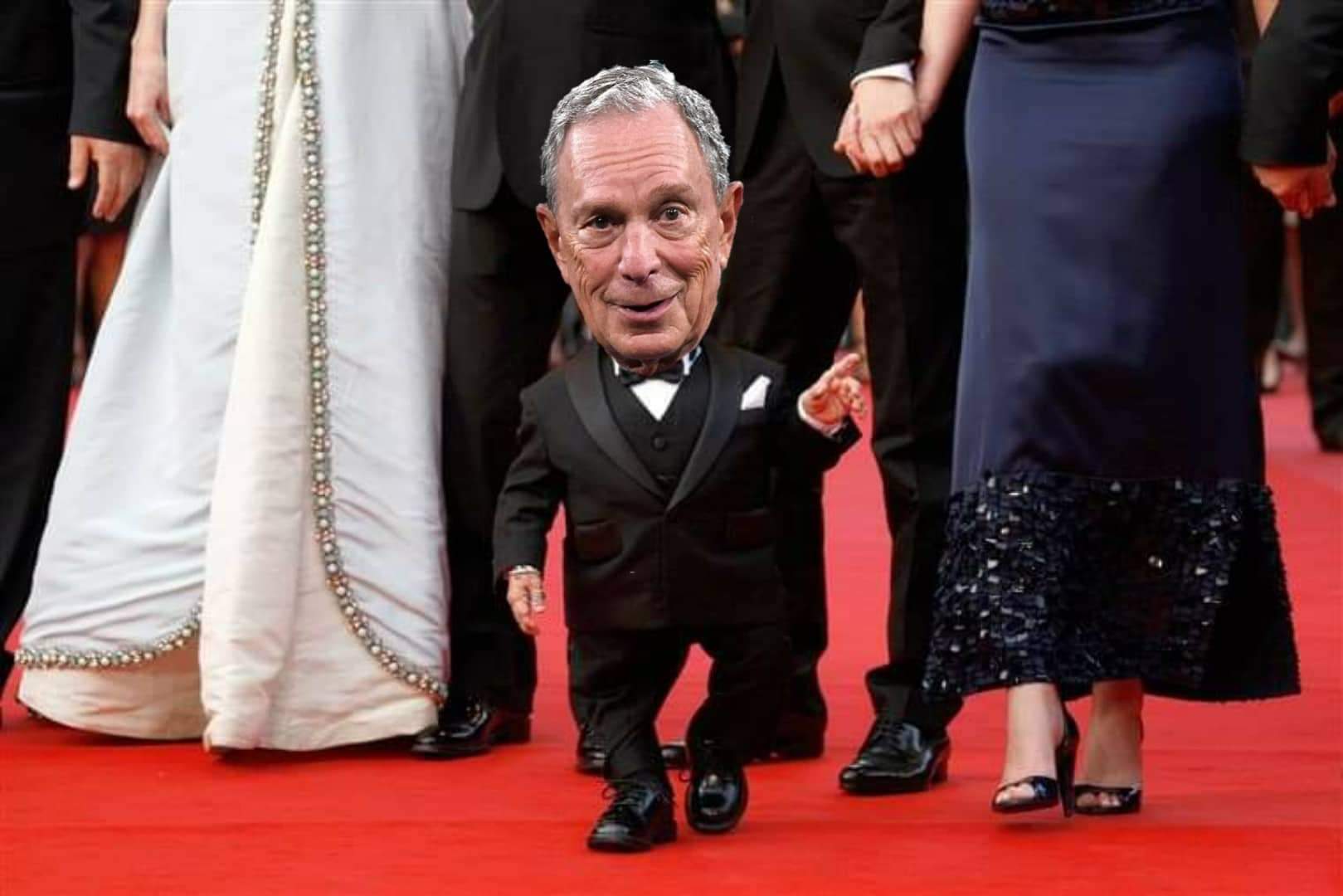 Former mayor of New York and pint sized billionaire Michael Bloomberg has a message for the Democrats: I’m your only shot at beating Donald Trump.

The mini presidential candidate has been making the pitch to Democrats high and low. His message is that he doesn’t need their money. He just needs their support. In fact, he’s so confident, he doesn’t even ask for money from donors. He’s self financing his entire campaign.

And the billionaire is splurging while he does it. A recent article from Huffington Post came out last week about his campaign machine. It revealed that the Bloomberg campaign spent over $80,000 on sushi alone.

Bloomberg took to a recent interview to say that President Donald Trump is scared of him most likely. He said this in an interview with NBC.

Before that, he went on a tirade, claiming that Trump was an overweight, ugly, liar and proceeded to call him names.

The billionaire hopes to win the nomination, but even if he doesn’t, he’s still gonna use his wealth to help whoever the nominee is defeat Trump.

He said he’d put his 800+ army of staffers to work full time beating Trump for the Democratic party. He will also use his billions to buy ads on every media outlet, to ensure they don’t speak well of Trump. Media networks rarely talk bad about those buying ads with them.

The former Mayor of New York City has an agenda, rather than a personal desire to be President. He wants to enact massive sweeping gun control measures. He wants to take his big government mantra of soda bans and unfair teacher firings to a national level. New York has removed guns from the general public. That’s not enough for Michael though. He wants to make it nationwide now.

Bloomberg faces this attitude across the Democratic Party. Still, he’s emassed a political armada. He’s hired over 800 full time staffers and paid out over a quarter million dollars in tv ads. He was the only Democratic candidate able to afford a super bowl ad. His campaign spent $80,000 on sushi alone, and Prntly revealed that he’s paying instagramers $150 to post nice things about him.

And he swore that if he loses the primary, he will maintain this juggernaut and use it to defeat Donald Trump in November. If he actually follows through on this promise remains to be seen.

But things may be looking like Bloomberg has a shot after all. Joe Biden is losing momentum fast. He recently confused an audience of supporters by calling a girl a “dog faced pony soldier.”

As for the other candidates, Buttigieg is expected to fizzle after his surprise Iowa victory. Warren is not performing well. And Senator Sanders is scorned by the Democrats as having no loyalty to the party and being unrealistic and irrational in his views. The rest of the candidates are considered non contenders. That leaves the strongest candidate in the room to be Michael Bloomberg.

One thought on “Bloomberg: I’m America’s Only Chance At Beating Trump”