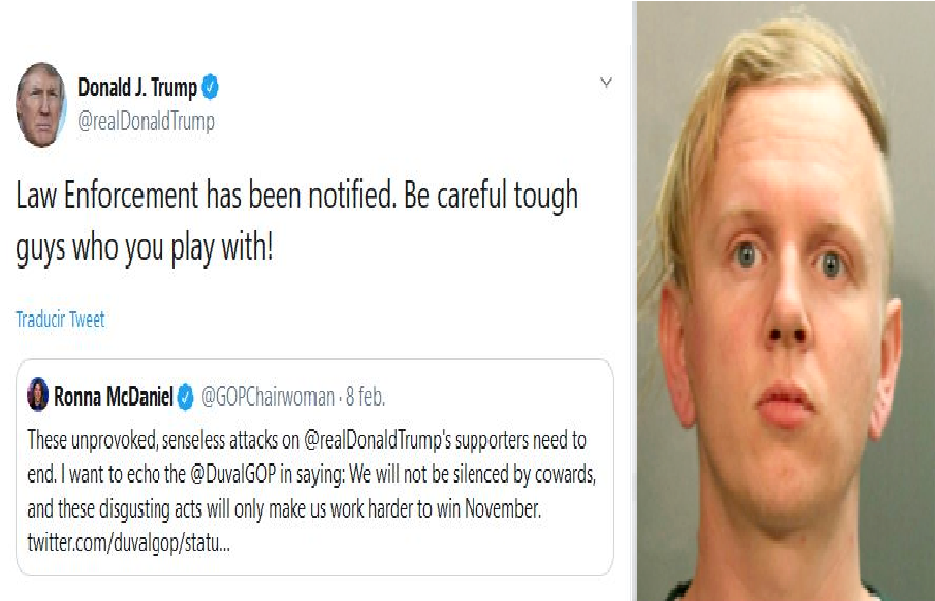 After driving off with the van, the tent witnesses told the police that he got out of the van, recorded a video, made an obscene gesture, and finally left the crime scene.

Gregory was arrested at his home hours later.

The felon Gregory William Loel Timm is now charged with aggravated assault against a 65-year-old person, criminal mischief and driving with a suspended license.

He was showing smiling in the court. he is now currently waiting for his next court session on March 3

The president Mr. Trump hours later twitted in regards to this situation with the following: Law Enforcement has been notified. Be careful tough guys who you play with!