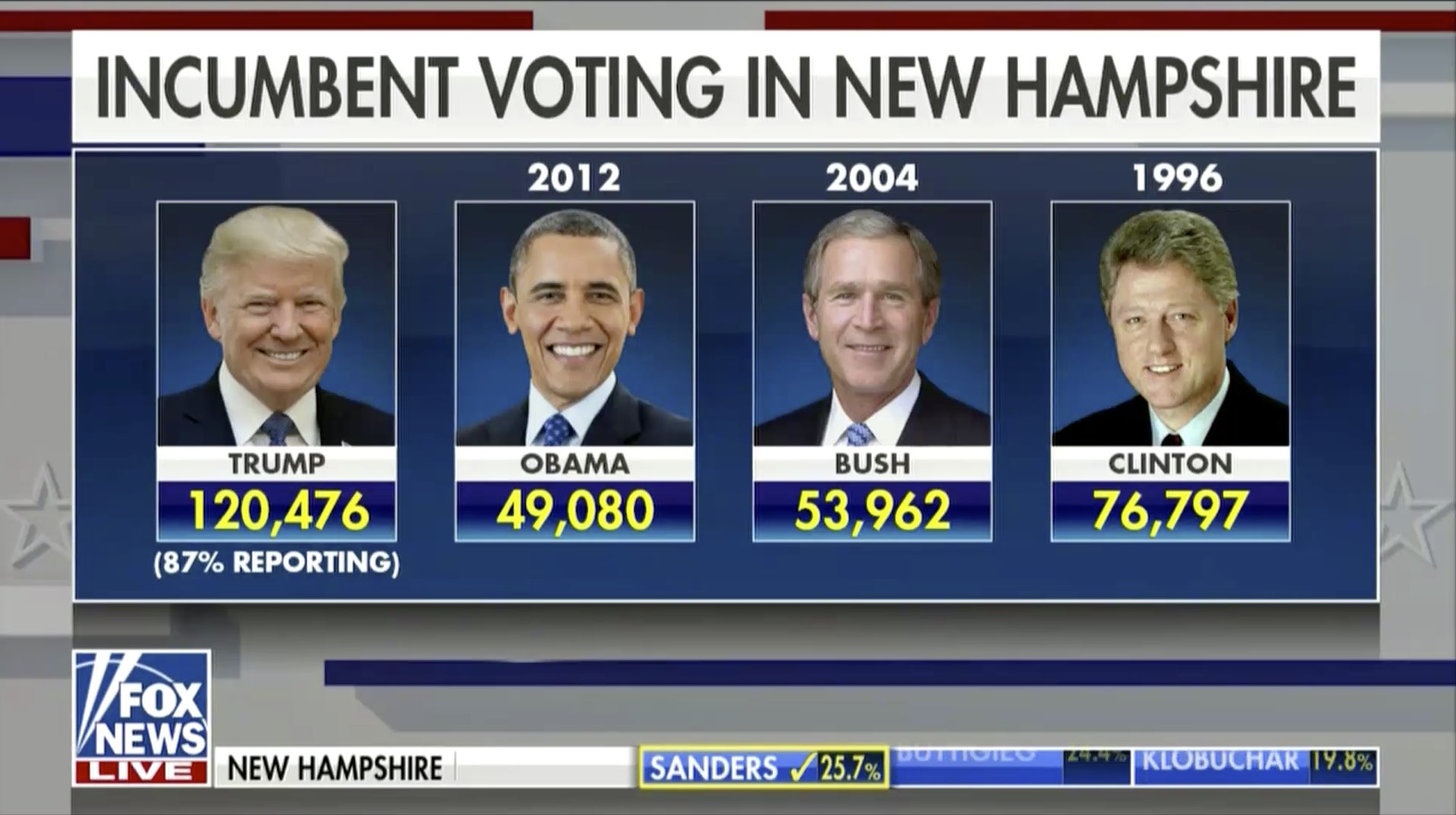 President Donald Trump just made electoral history tonight, again. After smashing a record for the most votes ever won in an Iowa caucus for an incumbent president, Trump has already garnered over 100,000 votes in New Hampshire, even as a sitting President. By contrast, President Obama won about 50,000 in 2012. In 2004, New Hampshire didn’t have a primary, and in 1996, Clinton won with just over 70,000.

This is great news for the President, who continues to smash record after record. It is also bad news for the Democrats.