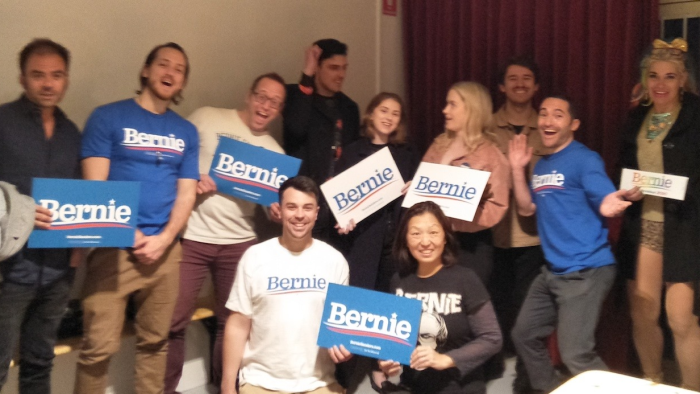 It’s been exposed online that Socialist Bernie Sanders has australian democratic socialists texting American voters asking that they vote for him.. the group of aussies allegedly text thousands of messages a day to Democratic primary voters as of right now, though that may change to all voters if Bernie is seen as the likely nominee.

One volunteer that’s part of the hodgepodge international revolutionary bernie group is Rob, a 23-year-old man from Sydney, Australia.

He told online magazine Hack that he’s been volunteering for at least a couple hours a day over the university summer break and has mass texted a lot of people since getting on board.

“I kinda feel like what happens in America is essential to the rest of the world,” he said.

I’m very frustrated by this. I wish I could just focus on Australia, but the more I read, the more I realise how much depends on what happens in the US.”

Providing insight into the phenomenon is Dr Thomas Adams, a senior lecturer and professor of world history at the University of Sydney. He was in Iowa for the caucuses, and told Hack that young people have come from around the world to help Sanders defeat his more moderate rivals in the primary contest.

A group of about seven Australians showed up there to volunteer,” he said. “There was also a bunch of people from Germany.