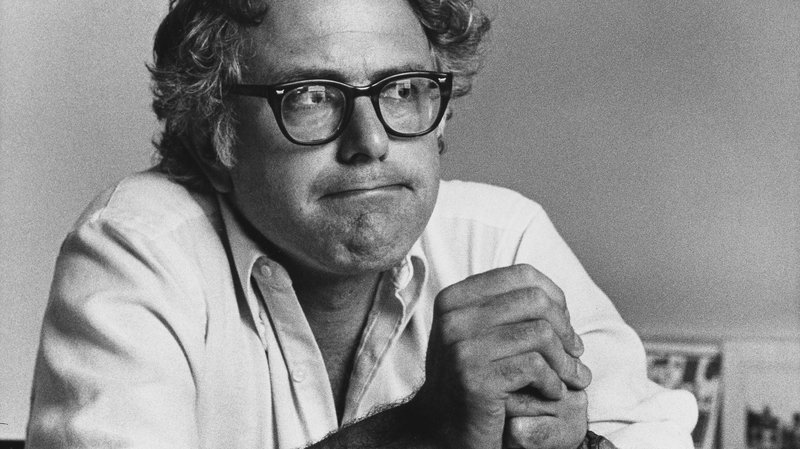 Bernie Sanders spent his entire life in what many would call a total failure. He never had a steady paycheck. He couldn’t hold a 9 to 5 job. He failed totally in the private sector, drifting around the country in the 50s and 60s trying to live for free off of people in the name of the “revolution.”

He married his first wife young and with some inheritance of $2500 left after his father died while he was 20, he went and bought an old shack in Middlesex, Vermont on 85 acres, probably the worst investment in Vermont history. He overpaid on top of it.

The shack had no electricity, no running water, and no plumbing. Instead of working, Bernie would spend hours espousing revolutionary rantings to his wife, who very quickly grew tired of his laziness and living in 3rd world conditions, so she left him. Soon, he just left the shack too.

He was jealous of everyone who had more than him. But whenever you got a job, he would be fired for laziness or just not show back up. His apartments were always void of any belongings. By the time he drifted into Burlington, he was a loser in his late 30s with no skills whatsoever.

Sanders rented a small brick duplex at 295 1/2 Maple Street in Burlington, Vermont, that was filled with not much furniture and not much food in the fridge but stacks of checked-out library books and scribbled-on legal pads.

“Stark and dark,” said Darcy Troville, a fellow Liberty Unionite who lived around the corner and shared with Sanders homemade jellies and jams.

“The electricity was turned off a lot,” Barnett said. “I remember him running an extension cord down to the basement. He couldn’t pay his bills.”

He worked as a freelance writer, putting intermittent pieces in the low-budget Vermont Freeman, a Burlington alternative weekly called the Vanguard Press and a glossy, state-supported magazine called Vermont Life.

His writing wasn’t a living. The Vanguard paid as little as the rest. “It would’ve been not more than 50 bucks,” said Greg Guma, a former editor. Vermont Life? “Our rate was 10 cents a word,” said Brian Vachon, a former editor.

“He was always poor,” Sandy Baird, another old friend, said in Burlington.

Sandy said that Sanders collected unemployment during one of his political campaigns, borrowed gas money for his battered beater of a VW bug and dangled extension cords into the apartment below him through back windows to steal electricity from a downstairs neighbor. He got evicted for it. But he didn’t seem to those around him to be too concerned about all the calamity that befell him. “Everyone has to make sure that they survive, so obviously money was a concern,” recalled Linda Niedweske. “but it was never an overriding goal.”

Fellow pal Dean Corren agreed. “I don’t think he ever really worried about that on a personal level,” he said.

“He didn’t give a shit about clothes,” said Tom Smith, a progressive activist and former city councilor. “He didn’t care about his car.”

“Virtually unemployed,” said Nelson, the political science professor at the University of Vermont.

“Just one step above hand to mouth,” said Terry Bouricius, who was involved with Liberty Union, served at times as a de facto campaign manager for Sanders and at one point crashed for a couple months on his couch.

Liberty Union “people found it difficult to support themselves while engaging in full-time political work,” Michael Parenti, one of those people, wrote in the Massachusetts Review in the summer of 1975. “Some held jobs that allowed free time for campaign activities, while others lived off unemployment insurance.”

“His work was to be a politician,” Guma said. “He put everything into what he was doing.”

He couldn’t work a job. He couldn’t be self employed because of his bad work ethic and discipline. But then, at 40 years old, he found his calling. It was politics. So Bernie ran for office as Mayor of Burlington, the only place that would put up with him, and miraculously won by 10 votes.

His new position came with a yearly salary of $33,824, very generous at that time, the equivalent of more than $100,000 in today’s dollars. “It’s so strange, just having money,” he marveled to one reporter from the Associated Press after getting elected.

He splurged on his new public service job. He bought a brand new honda civic. He crashed it 3 times. “I knew I should never have bought a new car,” he told New England Monthly.

Bernie realized he just wasn’t that good at anything. Except politics.

Still, even as a congressman for the next 20 years, the failure Bernie was bad at making it profitable, even with it being the easiest job to profit from. He wrote books, but they didn’t sell. He tried getting the pork to come to Vermont, and he tried hard. But he failed. His wife was a little better at enriching the Sanders. She became president of the largest university in Burlington and embezzled six figures of money for them while there. She would go on to bankrupt the school, then before anyone caught on, cash out on a cushy pension of $200,000 she arranged for herself. The school then declared bankrutpcy. This largely supported their more lavish lifestyles, an they dived further into buying properties. Still, their lavish lifestyles were a bit too much for them. Their credit card debt in 2014 was reportedly around $50,000. Bernie still had a money problem.

Learning how to scam big from his wife, Bernie decided to make a bold move. In 2015, everything changed and Bernie ran for President. Since then, their tax returns show that their wealth has skyrocketed. Bernie and his wife bought a lavish waterfront mansion. His networth skyrocketed to over $2 million. He now charters jets and flies first class and takes vacations. He lives affluently, and he doesn’t ride economy anymore, but still tells his supporters about how evil and greedy rich people are. And they keep giving him more money for it. Bernie finally found his true calling.