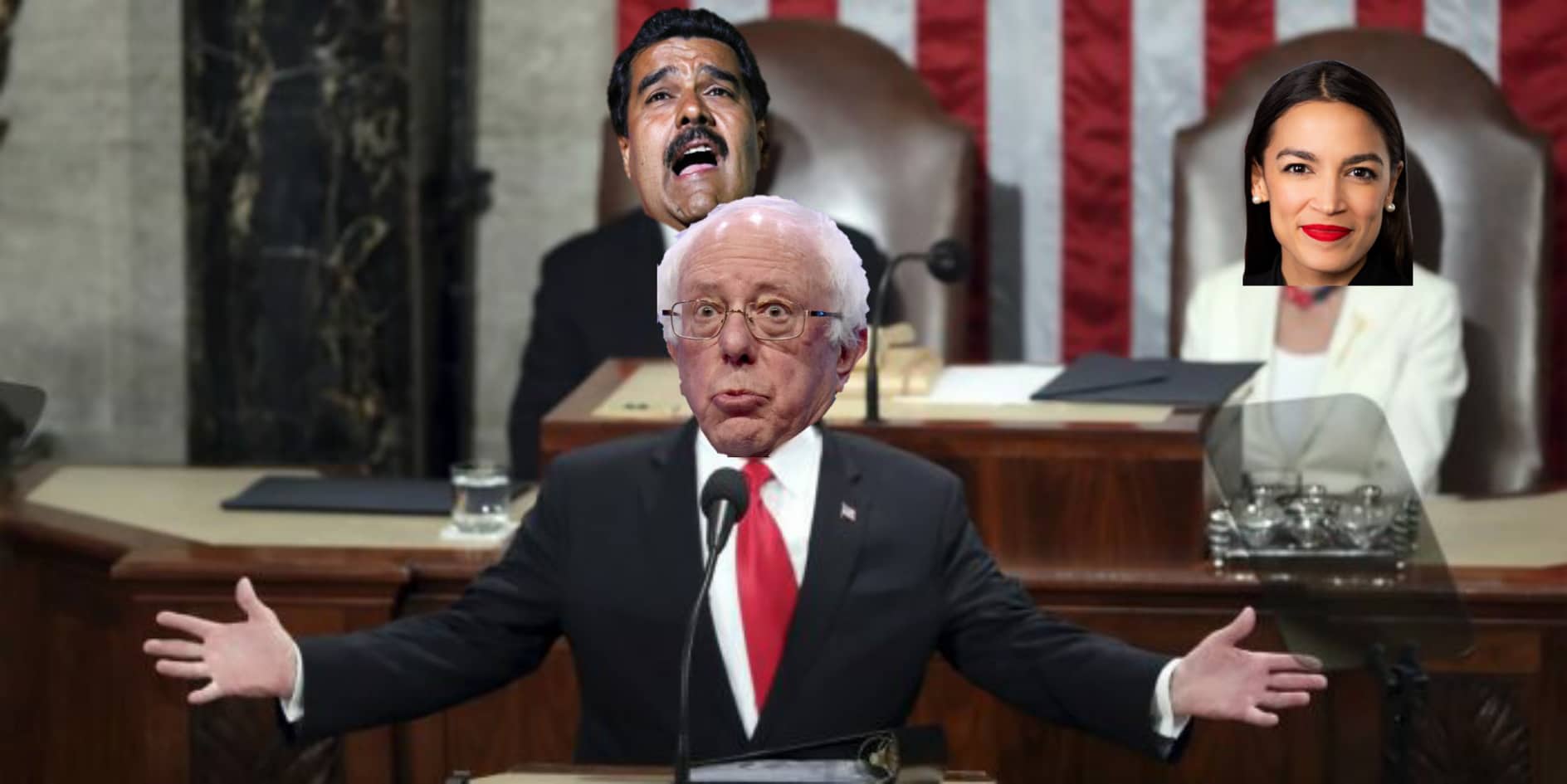 President Sanders addressed the nation for his second State Of The Union speech since taking office. Hungry americans watched with desperation from state licensed television sets across the country to hear what Chairman Sanders, as he liked to be called, prepared to address the country.

“We have run out of bread, comrades.” Chairman Sanders said, to gaps of horror. “But the good news is, we have confiscated the last bit of wealth that was being hidden by the billionaires, and it is enough to last us for….. about 1 week.” Murmurs of approval were heard from the People’s Congress, as they are now called, and Comrade Alexandria Octavia Cortez stood up and began pounding on her desk. “workers of the world unite!” She shouted. Bernie urged the People’s congress to calm down.

“It is ok. The workers have won the revolution, and will overcome the capitalist pigs attempting to undermine our revolution. I have heard the calls of our workers that our minimum wage increase of $150 a hour was not enough, and that our federal rent control laws are not helping. So we will pass new rules that cap rents at $23000 a month max, and that all employers must now pay their workers $200 an hour minimum.”

Applause and chants of “great leader” filled the hall. Chairman Sanders put his hand up for the crowd to quiet. “And since we now have the highest rate of masters degree graduates in the world, we will now make doctorates mandatory for all citizens, and free for everyone!” More roaring applause. Congressman Comrade Shaun King keels over and dies of hunger in the audience, but no one cares because even socialists can’t stand him.

“I am also pleased to say that income equality in the United States is better than it has ever been in history. There are no more rich people. No more middle class people. Only the poor!” Americans nodded in approval from home, happy to be equal in poverty. In gulags across America, conservatives clapped from their prison quarters under the eyeful watch of reeducation police.

“Lastly, I would like to talk about border security. As you all know that throughout my 80 years of socialist advocacy, I have always called for a strong border. I know that many of our most valuable worker comrades have been leaving our people’s utopia, going south to Mexico. They are not willing to give their fair share of 90 quota hours a week for the people’s republic. So I will be announcing even new measures for border security of $1 gazillion US People’s dollars and 500,000 new people’s border guard jobs to prevent more essential workers from leaving our socialist republic. The border will be secure! We welcome all to come freely, and no one will be able to leave!”

Chairman Sanders then concluded his second SOTU, and left the People’s Congress Chambers to a thunderous roar of clapping. He then scuttled away to The People’s Private Jet, and flew Off to the Great Chairman’s People’s Island, where his private People’s Mansion awaited him.

This is obviously satire, though probably not far from the truth.