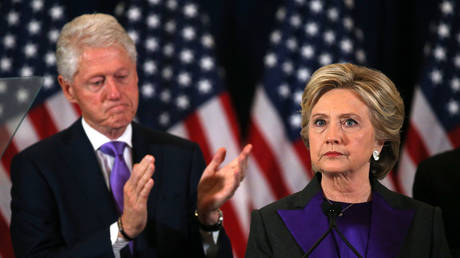 While the Coronavirus death toll now stands at 6, the death count under suspicious circumstances for people with close links to Hillary Clinton is still higher.

Let’s take a look at the Coronavirus victims:

Deputy White House Counsel to the Clintons, Vince Foster, found dead of a gun shot wound to the head in 1993. Ruled a suicide.

Bill Clinton’s Arkansas business partner james McDougal was found dead in his prison cell shortly after being convicted of fraud. Rumors of cooperating with authorities against the Clintons were in the media prior to his death.

Mary Mahoney, a 25 year old White House intern for Bill Clinton, was found shot twice in the head execution style in a upscale Georgetown neighborhood starbucks, a couple blocks from the White House.

Former DNC Chairman Ron Brown. He was being investigated for corruption and Went public with threats to implicate other high ranking Democrats.. shortly after he died in a plane crash. The last air traffic controller to talk to his plane then committed suicide.

C. Victor Raiser the 2nd died in a plane crash in 1992. He was a manager of the Clinton campaign’s fundraising operations.

Soon after C. Victor’s death, Ed Willy, another captain in the Clinton fundraising machine, was found dead in the woods in Virginia with a gun shot wound to the head. Ruled a suicide.

The same day he died, his wife came public accusing Bill Clinton of groping her.

Jerry Parks, head of Clinton’s security team, was gunned down while in his car in the middle of an intersection in Little Rock, Arkansas. His son said that his father was building a dossier on corruption involving the Clintons. His death was ruled a homicide.

Suzanne Coleman. Claimed to have an affair with Bill Clinton while he was Arkansas Attorney General. Died of a gun shot wound to the head. Ruled a suicide.

Hershell Friday. A major fundraiser for Bill Clinton and a bond lawyer for Arkansas. Died when his plane exploded in 1994, around the same time the other members of the Clinton fundraising organization died.

Pedophile billionaire Jeff Epstein. Hung himself in a high security federal detention center, hours after being taken off suicide watch. Camera on the block malfunctioned, and other relevant security footage accidently deleted. Neck wounds more consistent with a homicide by notable pathologists, but Ruled a suicide