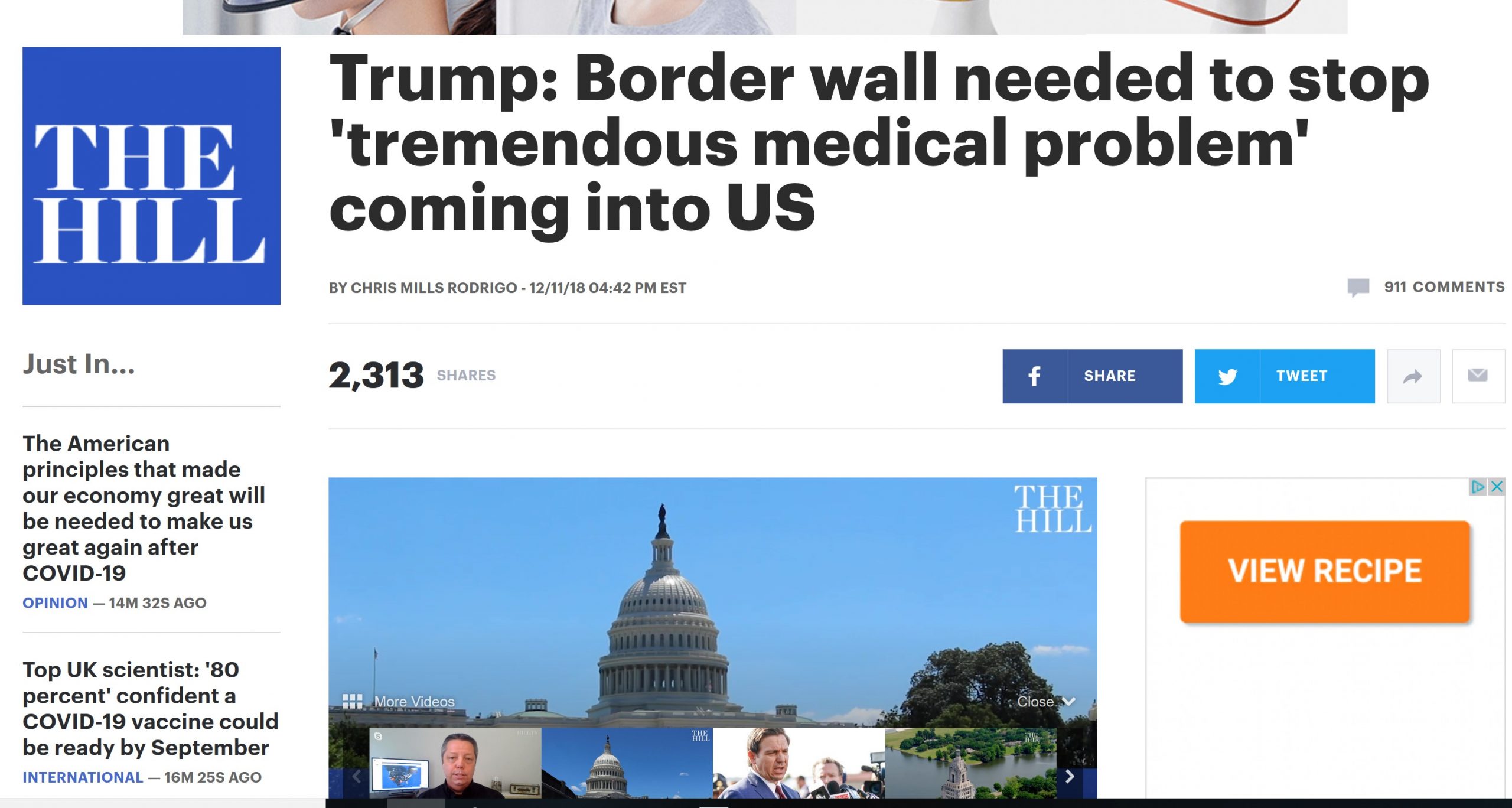 President Donald Trump had warned way back in 2017 that unchecked immigration and open borders would lead to “tremendous medical problems.” The media backlash was fierce, with the President being accused of racism for the statements.

“One of the problems that people don’t talk about, you have a tremendous medical problem coming into our country,” he said during a bill signing ceremony in 2017. “Tremendous problems. People don’t want to talk about it.” Democrats were quick to call the comments racist.

Now, many on the left as well as in the media are questioning Trump’s lack of response to the outbreak. None of the critic have brought up the years of warning by President Trump though of having unchecked open borders.