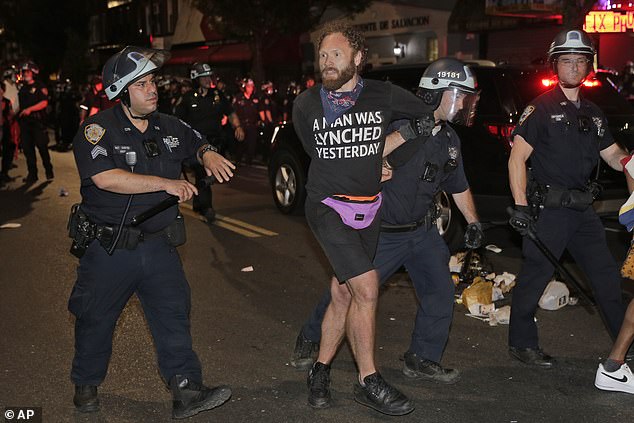 Marti Gould Cummings says he and a few others protesting were arrested on the West Side Highway for blocking traffic.

“We were then put in a hallway, about 100 of us at a time, shoulder to shoulder with no mask, no social distancing,” Gould Cummings whined to CBS2’s Christina Fan.

Other protests arrested for committing an array of offenses say they’re kept in overcrowded holding pens, making it impossible to social distance.

Dr. Len Horovitz, an internist at Lenox Hill Hospital in New York City, told NYC CBS “We know that shouting, yelling projects respiratory droplets much farther than just talking, and these people are of course less than six feet away from each other. And so, my concern is yes, there’s going to be a tremendous amount of transmission.”

Rioters across US Cities went on rampages over the last week, looting businesses and smashing windows of buildings. Some overtook police stations, lighting them on fire. Others flipped police cars and lit them on fire.