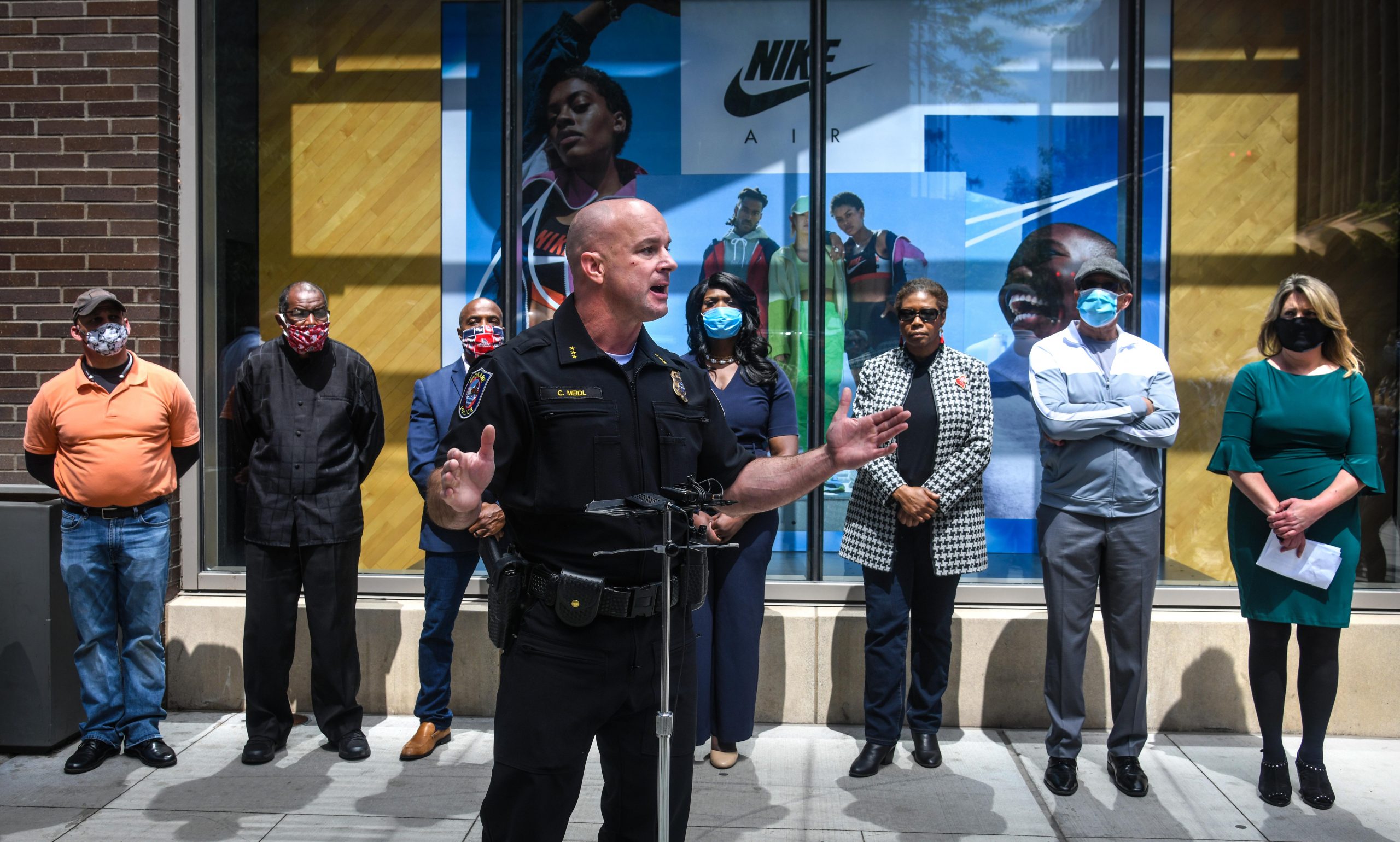 Spokane, Washington was rocked with looting and violence during antifa protests across America. Spokane City Police Chief Craig Meidl noted the presence of antifascist or “antifa” demonstrators at the riots and protests on Sunday. There were antifa throughout downtown Spokane wearing “masks that said antifa,” and a woman with a bullhorn “espousing antifa rhetoric, as well, trying to stir up the crowd,” he told reporters.

Spokane County Sherriff Ozzie Knezovich said “I can tell you that they came in three vehicles,” he said. “They were wearing communication headsets. They were using Motorola channel 4 to do their coordination. And it was coordinated.”

There were also Proud Boys at the rally, keeping the peace. “Proud Boys – folks, there are about four of those in the Spokane area, that we know of,” Knezovich also said to reporters. “They weren’t the ones causing damage.”