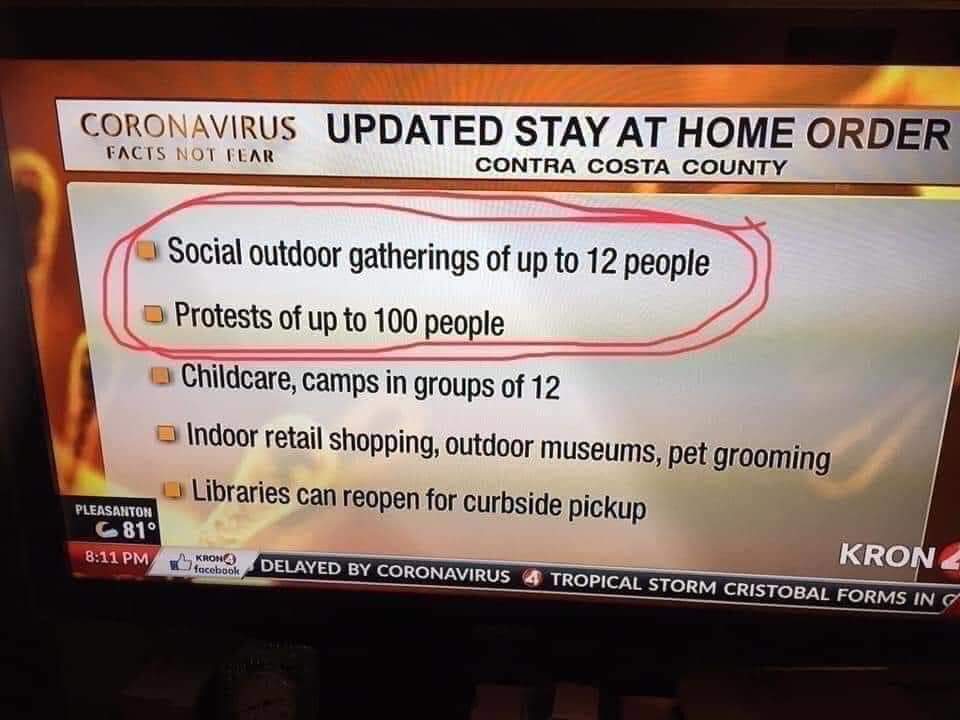 a California county has come out saying they were banning Social gatherings of 12 or more people, unless its for protesting. According to a statement from the county of Contra Costa reported on the local news channel:

“Alameda County announced new health guidelines Friday, including allowing “social bubbles,” and child care and extracurricular activities for children, and the reopening of other businesses like pet grooming.

A “social bubble” is defined as a group of up to 12 people from different households. A person should be in just one social bubble at a time, according to the guidelines.”

the restrictions were initially void of mentioning religious gatherings, but after criticism from the White House, the county clarified that they were including outdoor religious gatherings of up to 100 people as well. Other events can be up to 12 people only.

3 thoughts on “Democrats Ban Social gatherings Of over 12 people, unless its protesters”