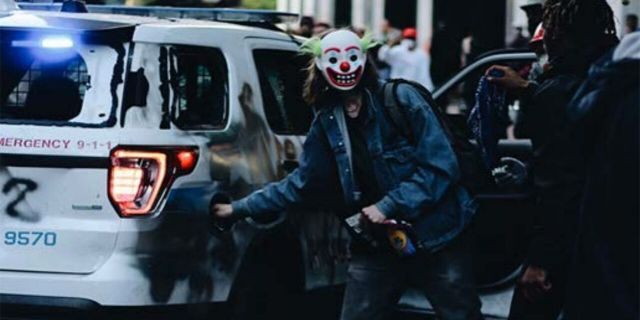 Across America the past week we saw far left cities rocked by violence and looting.

Denver, Salt Lake City, New York City, Chicago, Atlanta, Boston, Albany, Portland. The most leftwing cities in America were decimated by violence and rampage. But while protests hit many places across America, it was the Republican cities that saw no violence.

Miami is one of the largest cities in America. It’s also the only one in America of it’s size to actually have a Republican Mayor.

Francis Xavier Suarez was elected Mayor with 86% of the vote. He’s a registered Republican and follower of Republican ideals and principles. He also had the only major metro area in America to be spared any violence and have it’s protests happen peacefully.

New York City, Los Angeles, Denver and Boston meanwhile, with their far left mayors, were rocked by violence and looting. They even gave in to protesters, with Denver’s Democrat Mayor Hancock telling protesters its ok to vandalize since they’re obviously angry. New York City had back to back Republican Mayors before Deblasio. Both Bloomberg and Giuliani were Republican mayors of New York City. Both campaigned on law and order, because they knew what could happen to the city if it had neither.

One of the only other major cities to have peaceful protests that never got out of control like the videos above, was in San Diego. while a suburb outside San Francisco that’s it’s own city had some unrest, the city of San Diego with it’s Republican Mayor saw no violence. The Mayor, Republican Kevin Faulconer, runs the city on Republican Mayoral principles.

Other cities with Democrat mayors large and small like st. Louis, Lincoln, and Seattle had violence and simmering police tension as well.

Cities with Republican Mayors like Fort Worth, Jacksonville, El Paso and Fresno. All avoided riots.