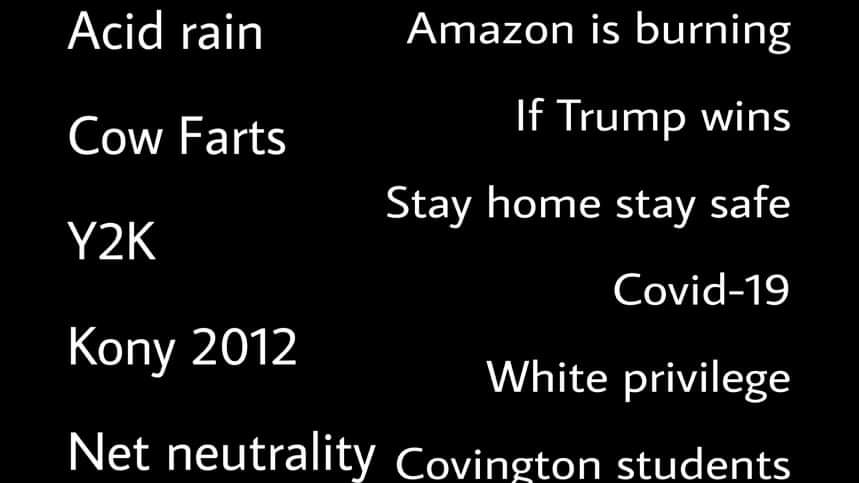 Panic media is big business. It’s been going on since the beginning of media. But what’s sad is that it appears to be the same people getting duped by it over and over again. And it’s led to so much unnecessary civil strife and death.

The people who believe panic media follow a certain criteria. They believe in and trust the sanctity of government. They generally support a larger role of govt instead of a smaller role. They vote for or support politicians who promise to enlarge government, or create some new function of government that will solve an issue.

Because of this, they are easily susceptible to the hypes of panic media. Even when they are proven wrong over and over again.

The same person who believed y2k likely also believed the ice caps would be gone by now. They would have bought the kony 2012 hype.

They’d have swore the country would be over if trump won, and he’d imprison all the muslims and hispsnics or become hitler.

They believed in the fears that facebook or youtube would start charging people for use, or that it meant the end of the internet if net neutrality was repealed.

They were the people online who got worked up when the media started covering amazon rainforest fires, something going on for eternity. They were the ones warning you that if we didnt act now, we’d lose all our oxygen. The Amazon is still burning, yet we’re still breathing.

they swore cow farts were destroying the ozone and wanted to ban plastic straws (there is no change in ocean pollution since american states banned straws).

they called trump racist for banning flights to China, then got mad at anyone who violated lockdown peacefully. They supported the govt go fully orwellian and prevent people from even working. Then overnight they completely changed, and were out on streets protesting and rioting for an issue that has been happening every day for years without their concern.

Whats sad is they always take a valid conversation and turn it into a fanatical “with me or against me” issue. They managed to this time turn a police brutality case that is a very biracial issue nationwide, and make it an overly racial one of all white people being guilty and privileged and all black people being innocent and oppressed. Right now their flavor of the week is white privilege, but in two weeks when the media finds a new issue to occupy their attention span with, they will virtue signal that next.