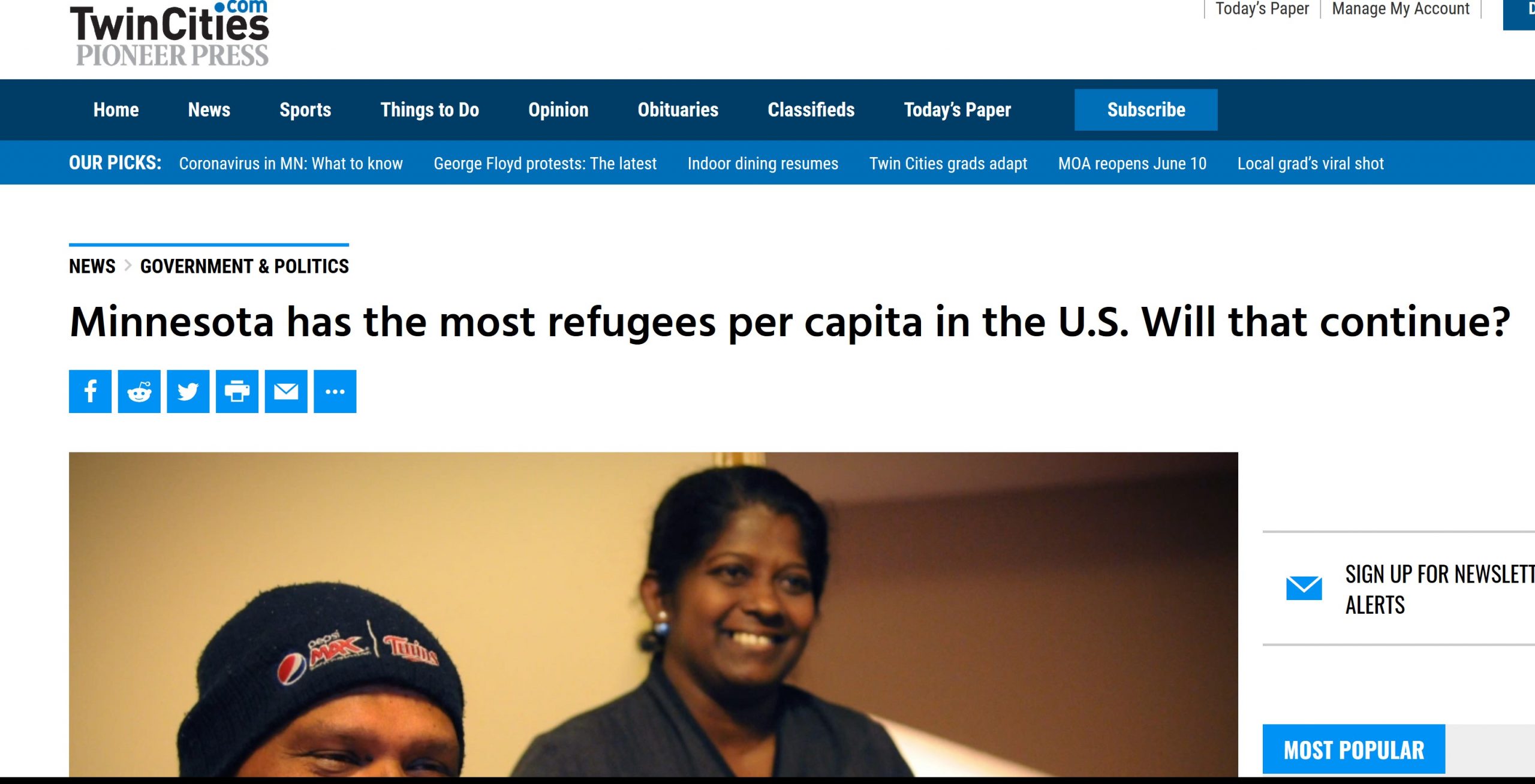 This aged well. A newspaper in Minneapolis boasted of having the highest refugee population in America, per capita. The article talks about the very high number of refugees from Somalia and other countries in Africa.

Amazingly Minnesota holds 12% of America’s refugee population. Refugees make up 2% of the US population, largely in part to Obama era refugee policies.

In 2017, Obama’s last year in office, Barack Obama brought in 117,000 refugees for resettlement. Many went to Minnesota. A refugee is estimated to cost taxpayers ” $107,000 each in food aid, medical expenses and other services,” according to a researcher in the article.

Now, 2 years later, Minneapolis is disbanding it’s police department and rioters burned down pubic buildings. Whether that is just coincidence, or a part of taking in refugees, is up to you to decide.