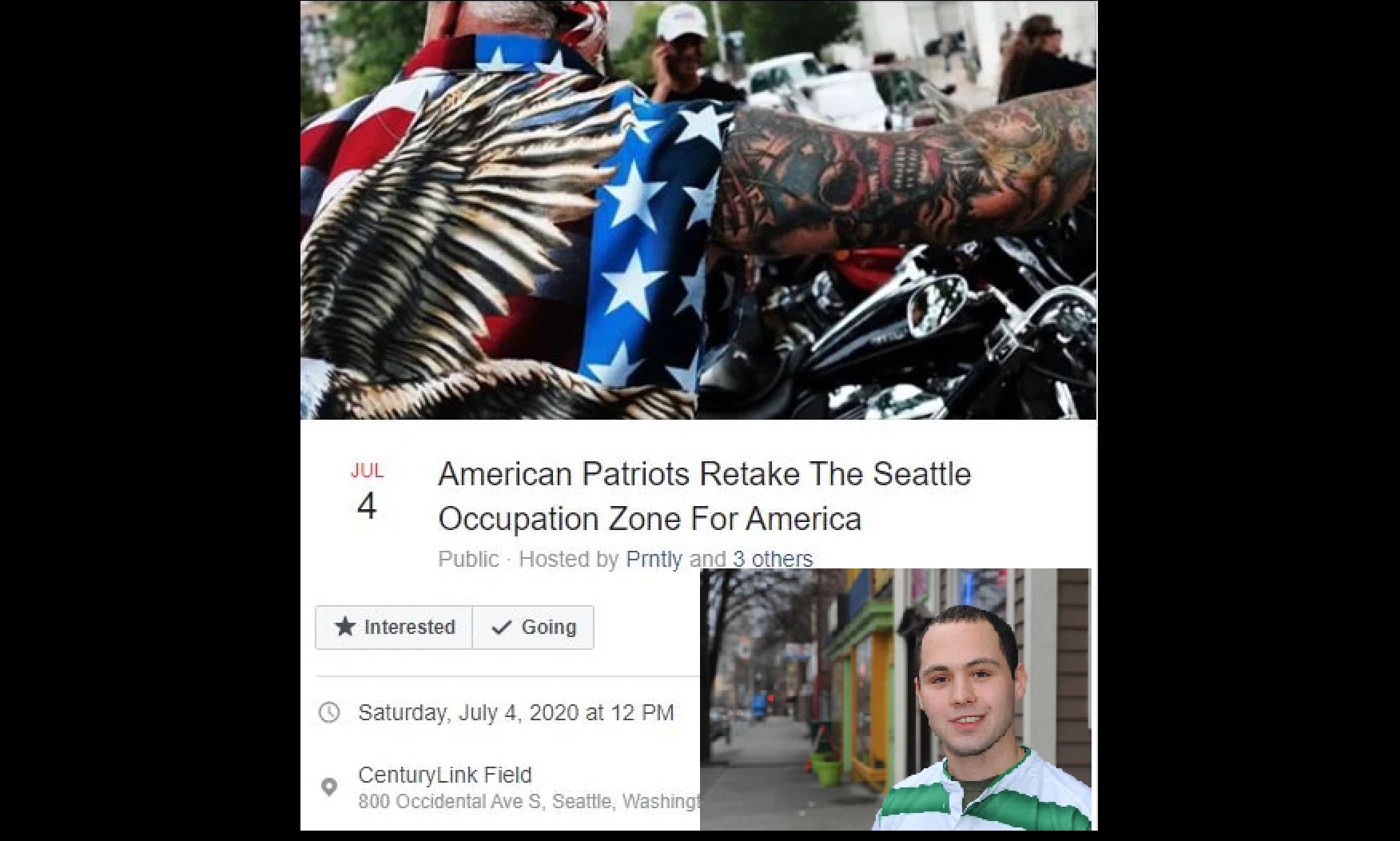 The founder of Prntly Media and other small business ventures Alexander Portelli was recently banned from Facebook with no reason or explanation given. Alex has lost his personal account of 12 years. He had been the primary organizer of an event to bring conservative activists into Seattle on July 4th as a patriotic display. On top of Alexander’s facebook been deleted and him removed from the platform, the other event organizers had theirs banned as well. The American Patriots facebook event had earned the attention of multiple news blogs and boasted over twenty two thousand people signed up to either definitely attend or interested in going.

This attack on free speech has become more relevant than ever considering the massive conservative exodus going on. Commonly referred to as TWEXIT on the social media site Parler. Alex has joined that exodus and is hopeful many conservatives will take their presence away from Facebook and Twitter to let these companies know we are aware they hate us and mistreat us. He has taken Prntly Media onto the social network twitter replacement called Parler, which has already gained 100 followers in its first day.

Today Alexander Portelli released this statement on the events of the week:
“Hello and thank you for being a supporter of Prntly Media. We recently had a lot of publicity (and attacks) for an event our founder and CEO organized to retake the CHAZ. This week Facebook deleted the accounts of all event organizers involved in the retake Seattle event, as well as deleting the event page itself. They also deleted the personal instagrams of organizers.
to help us continue spreading the news that liberal media doesnt want you to hear, follow us on parler at @prntly.
We still plan on being in Seattle on July 4th.
also, most importantly, we’d like to ask you to please donate and share our fundraiser to finish our better social network site that won’t censor conservatives, called Prntpage. It will function as a full service marketplace and social media network platform that will avoid censoring conservative voices. You can make a donation through the link in the first comment below. Thank you for your loyalty to this company. -Alexander Portelli, CEO and Founder of Prntly.
https://fundly.com/finish-a-social-network-platform-that-won-t-censor-users

See you in Seattle.”