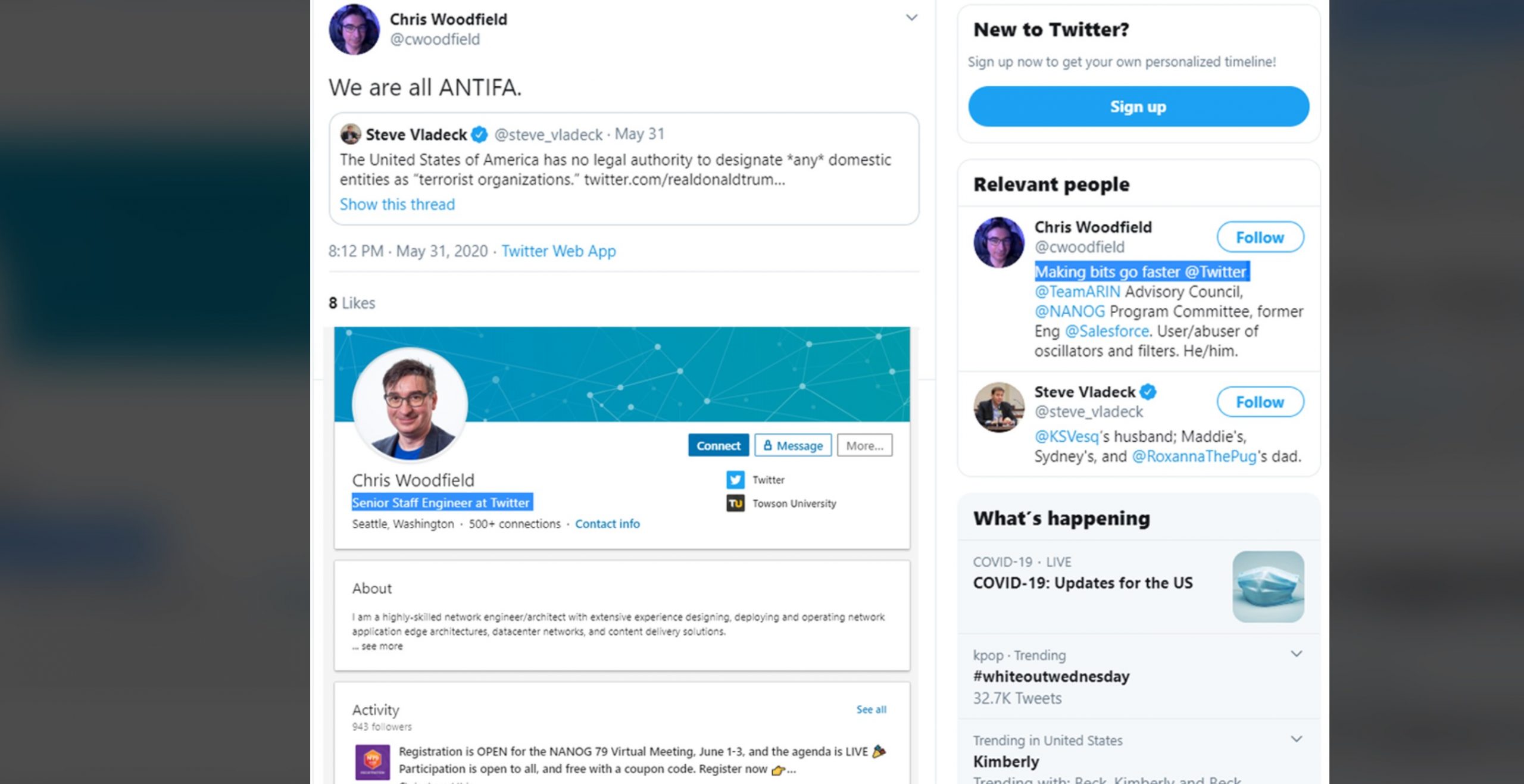 Twitter’s senior staff engineer has posted on twitter that “we are all antifa” in response to a post criticizing the US discussion on declaring antifa a terrorist organization.

Chris Woodfield made the disastrous tweet, a senior staff engineer with Twitter based in Seattle.The tweet was retweeted by supporters, and demonstrates how twitter has been infected with extreme left wing antifa terrorists as their staff.

An online sleuth and journalist named Nick Monroe made the discovery and posted it on his Parler social media account. Nick reguarly exposes antifa within big tech.