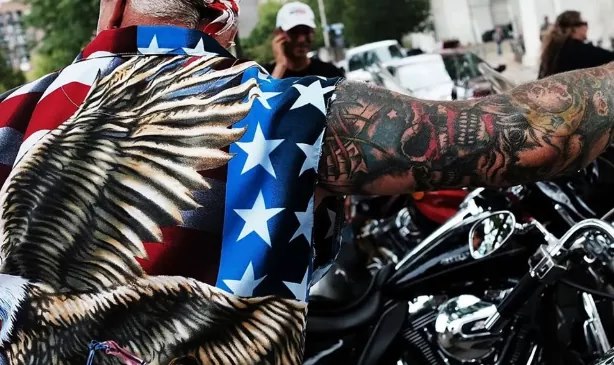 What started in early June as an event for bikers has morphed into a full blown patriot movement across America. Conservative patriots from every state and of all persuasions have been posting online their plans to go to the CHAZ on July 4th in Seattle and make a stand against socialist tyranny.

Many bikers are already camped out outside Seattle apparently, and they are planning to enter the city on the night of the 3rd and morning of the 4th.

This is after facebook took down the original event and banned every organizer involved. Since then, a number of other groups have sprung up planning to go to Seattle on July 4th.

Liberal journalist Phillip Bump with the Washington Post put out fake news earlier this month that the event was fake, in an effort to discourage people from going. This apparently failed though as many conservatives still committed to the event anyway.

Theee are other events that have sprung up though, and all original participants and patriots have posted on their facebooks that they plan to attend anyway.

Since it happened, conservative businessman and activist Alex Portelli setup a fundly to help build a platform where patriots can organize and plan events or engage in social networking without censorship.

The link can be found here:

if you plan on going to Seattle on July 4th, rally goers will be meeting at Cal Anderson park, which borders the CHAZ.

Parking can also be found near CenturyLink field as well.