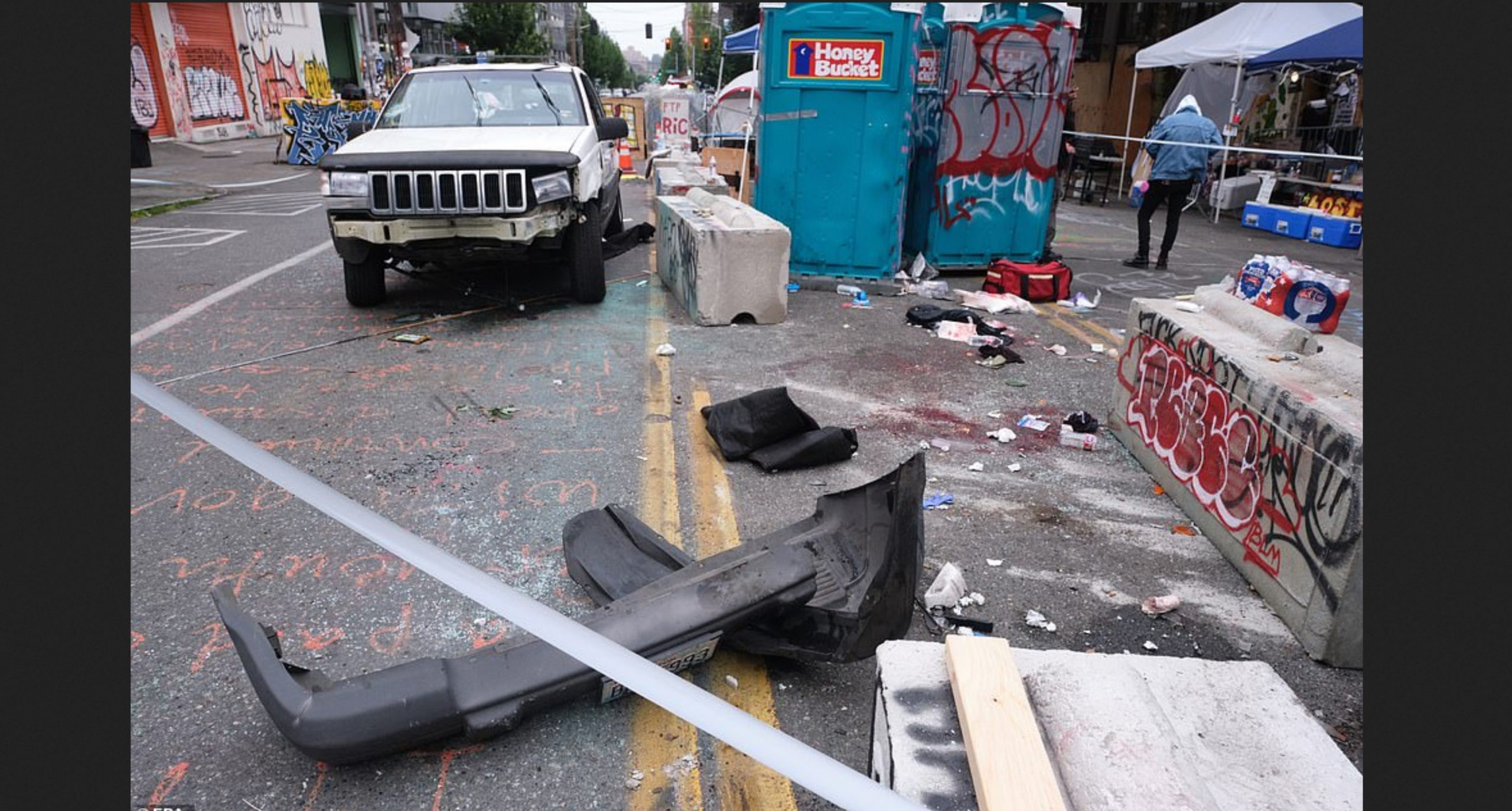 CHAZ is demonstrating to the United States what’s in store for America should Joe Biden win the presidency. This is because all across Democratic Party lines from top down, they have endorsed CHAZ. The enclave has turned the area around Seattle’ Cal Anderson park into a living hell, more akin to a third world country than a US city.

So far in the past 9 days, there’s been 4 sets of shootings incidents, 5 people shot ,and 2 dead. In a area encompassing less than 10,000 people, that will put CHAZ on track to be the most dangerous area in all of North America.

The CHAZ protesters have also recently come out endorsing Joe Biden for president. They have said that they want their supporters to do the same, and vote for Joe in November. Why they have decided to come out and endorse a man who spent decades supporting govt segregation against African Americans makes little sense. Especially since it is supposedly a movement against police brutality and perceived injustices targeting African Americans.

But it gives us a glimpse into their world should they win in November.

All Democrats across America endorsed the protests, even after they spent weeks advocating putting peaceful law abiding Americans in jail for violating draconian lock down measures.

Members of CHAZ’s security team that patrol the autonomous zone have been implicated on video in a gruesome murder and shooting this morning at around 3am.

The incident is caught entirely on video and can be seen below:

It is obvious what kind of America we will experience if Joe Biden is to win the presidency.