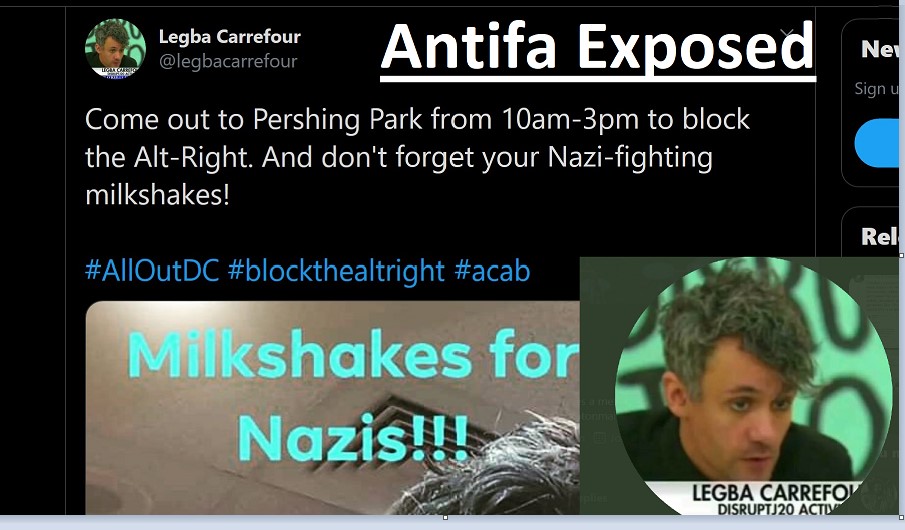 An Antifa terrorist arrested for committing felonies is not deterred. The privileged snob named Legba Carrefour was caught on twitter asking where Antifa’s milkshakes were at. Antifa is known for throwing milkshakes filled with quick cement or chemicals at conservatives. Such attacks would be considered chemical warfare.

He recently has been arrested for causing damage to sidewalks in District of Columbia city limits.