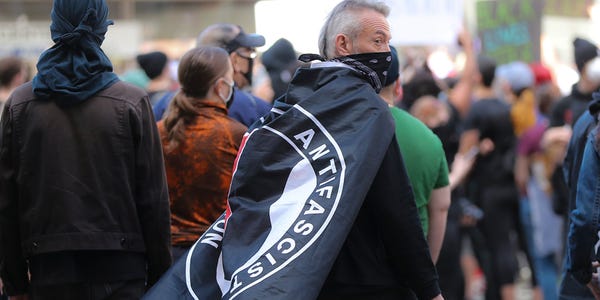 An antifa commander had harsh words for American Patriots planning to wave US flags in Seattle on July 4th: $20 bounty for every terrorist who snatches one of those flags from patriot hands and brings him it for burning. The radical mystery terror leader issued the proclamation from a Washington State Antifa account on Thursday, 2 days before the event.

antifa suffered a series of setbacks the past week as multiple lieutenants across the country were arrested for organizing a variety of terror acts ranging from attacks on America’s statues to firebombs thrown at police stations and police cars. In some cities police officers faced serious injury from riots.

One thought on “Antifa Commander: $20 For Every Flag Ripped From Patriot Hands In Seattle July 4th”