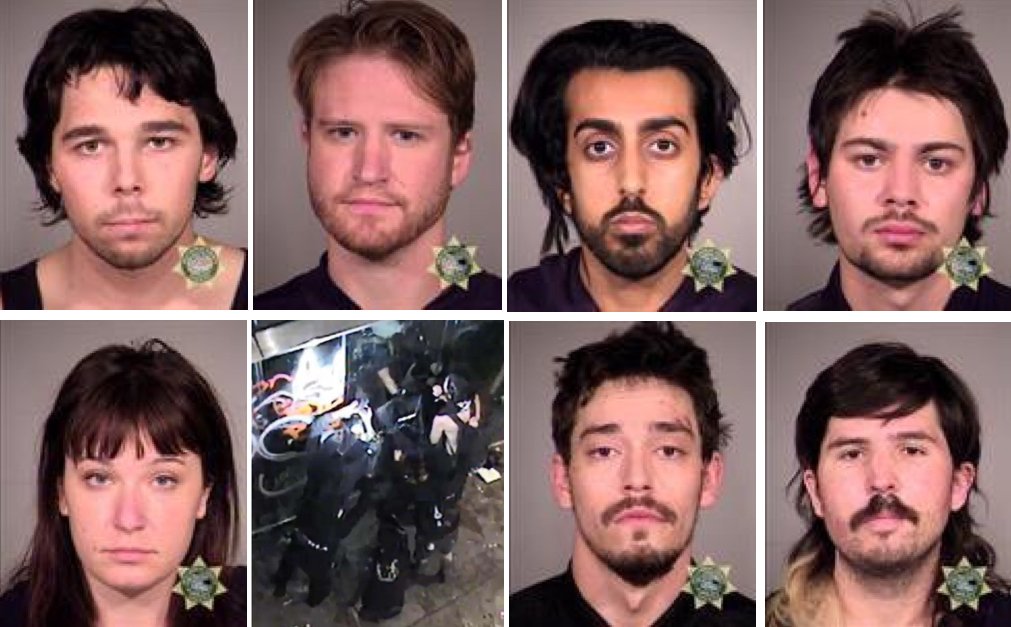 Federal authorities have arrested 7 members of Antifa in a terror cell in Portland, charging them with a list of terrorist offenses.

According to the U.S. Attorney in Portland, Oregon, Billy Williams, the terrorists were arrested after an all out assault on the Federal Courthouse.

Portland was rocked by rioting every night since the end of May, in response to the death if George Floyd in Minneapolis, Minnesota.

Antifa showed up with shields and explosives every night and laid siege to the federal Courthouse in Portland. Little did the terrorists know, by attacking a federal structure, they opened themselves up to federal charges when they attacked a federal building.

Today 7 were arrested and charged with an array of federal offenses.

The Department Of Justice released this statement:

PORTLAND, Ore.—U.S. Attorney Billy J. Williams announced today that seven people have been arrested and face federal charges for their roles in weekend riots at the Mark O. Hatfield U.S. Courthouse in Portland.

According to court documents, since May 26, 2020, protests in downtown Portland have regularly been followed by nightly criminal activity including assaults on law enforcement officers, destruction of property, looting, arson, and vandalism.

The Hatfield Federal Courthouse has been a repeated target of vandalism, sustaining extensive damage. U.S. Marshals Service deputies and officers from the Federal Protective Service, Homeland Security Investigations, and U.S. Customs and Border Protection working to protect the courthouse have been subjected to threats; aerial fireworks including mortars; high intensity lasers targeting officers’ eyes; thrown rocks, bottles, and balloons filled with paint from demonstrators while performing their duties.

On July 2-3, 2020, Olsen is accused of using his body to push on and hold a glass door at the Hatfield Courthouse closed, preventing officers from exiting the building and causing the door to shatter. With the door broken, a mortar firework entered the courthouse, detonating near the officers. The officers used shields and their bodies to block the open doorway for approximately six hours until demonstrators dispersed.

On July 4, 2020, Ahuja is accused of willfully destroying a closed-circuit video camera mounted on the exterior of the Hatfield Courthouse.

On July 5, 2020, Blank is accused of assaulting a federal officer with a shield while the officer was attempting to arrest another protestor.

On July 5-6, 2020, Faulkner, Fellini, Porter, and Teo are accused of assaulting federal officers with high intensity lasers. At the time of his arrest, Faulkner also possessed a sheathed machete.

All seven defendants made their first appearances in federal court on July 6, 2020 and were released pending trial.

A criminal complaint is only an accusation of a crime, and a defendant is presumed innocent unless and until proven guilty.

The year 2020 marks the 150th anniversary of the Department of Justice.  Learn more about the history of our agency at www.Justice.gov/Celebrating150Years.