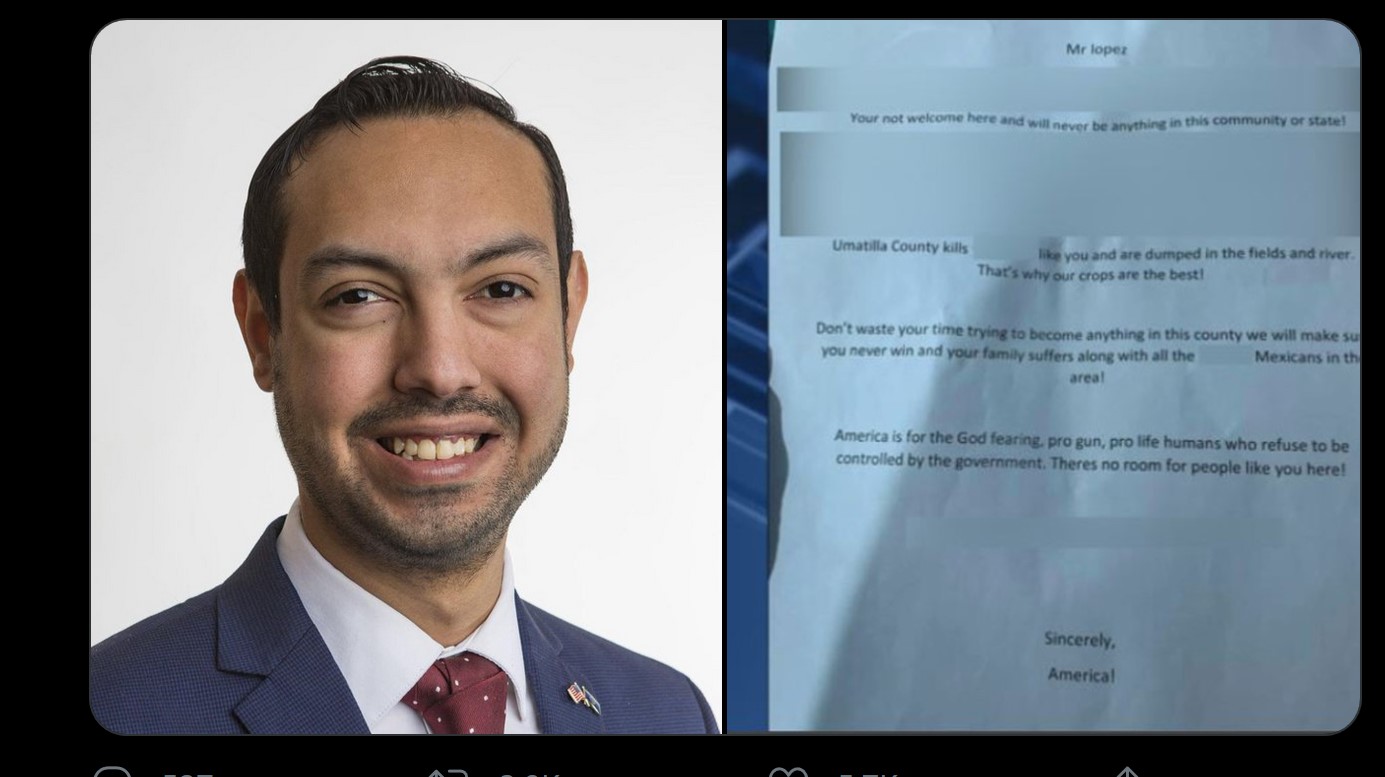 Police in Oregon say an Oregon Democrat who ran unsuccessfully for Umatilla County commissioner falsely claimed that he received a racist, bigoted hate-filled letter in the mail. The letter stated, among other things, “Don’t waste your time trying to become anything in this county we will make sure you never win and your family suffers along with all the other f****** Mexicans in the area!”

The letter is ended with: “Sincerely, America!”

Police now say Jonathan Lopez made the whole thing up and actually penned the hate mail himself.

Hermiston police, where Jonathan lives in Umatilla County, Oregon, said that he faces multiple more charges on top of a potential false reporting of an incident because of a number of other lies that came up during his run for office.

Hermiston police chief Jason Edmiston said “The time spent on this fictitious claim means time lost on other matters, not to mention it needlessly adds to the incredible tension that exists in our nation today.” Edmiston went on to say, “As a lifelong resident of this diverse community, I’m disgusted someone would try to carelessly advance their personal ambitions at the risk of others.”