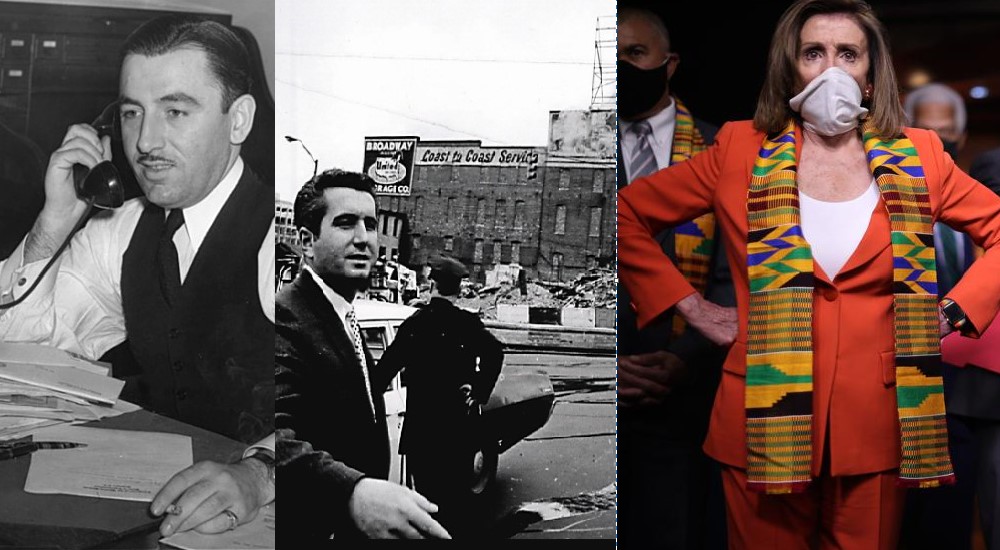 Nancy Pelosi has been coming out non stop in support of her buddies with Antifa. She denies there’s violence in Portland, or that Antifa is violent. Meanwhile, BLM and Antifa has wrecked havoc across American cities. They’ve committed billions of dollars in damages, started thousands of fires, killed multiple people, and put law enforcement lives at risk daily. but this is not the first Pelosi to oversee such destruction of American cities.

The Pelosi Crime Family meme has been circulating online for some time, but many people do not know the full details of it……… here is the history of Nancy’s family with crime, lawlessness, and destruction.

Pelosi’s brother then took up the reigns as Mayor of Baltimore after his father, being handed it by political powers in the City. It was during his tenure that the Baltimore race riots happened. He was supportive and encouraging of the rioters, just like Nancy today.

The SEC alleged that the company was secretly controlled by two convicts barred from being involved in publicly traded companies. Their names were Joe Corazzi and James Cohen. Both were previously indicted and cohen was incarcerated for financial fraud crimes. Corazzi was barred from being on any board again. They were publicly “outside consultants” but in actually controlled day to day decisions and never disclosed to their investors their criminal past. They’d also enriched themselves on the company.

Nancy Pelosi’s family has a long history of entanglement with the law. The wrong side at that. Now, she finds herself following in family footsteps, and denouncing the federal govt for trying to stop rioting and looting in American cities.

Just a long history of the Pelosi-DAlesandro family playing with crime, and getting away with it at America’s expense.