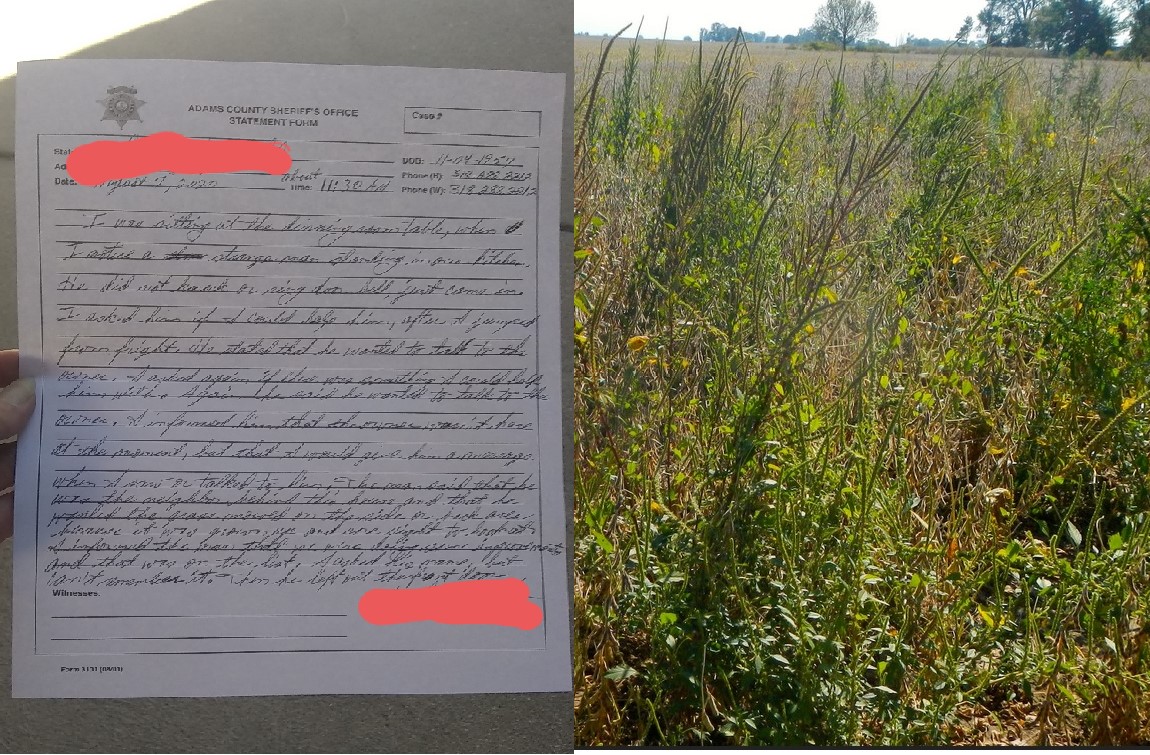 A woman is Brighton, Colorado has filed a police report over an overzealous HOA busybody who reportedly entered her home without knocking or ringing the door. The very surprised woman looked up from the kitchen table to see the man stand over her, and tell her that she “needs to mow the weeds” on the side of the property. She nervously told him ok and he left. She then called the police, who responded to the scene about 4 hours later.

In her statement, she wrote:

“I was sitting at the dining room table, when I noticed a strange man standing in our kitchen, he did not knock or ring door bell, just came in. I asked him if I could help him, after I jumped from fright. He stated that he wanted to talk to the owner, I asked again if there was something I could help him with again. He said he wanted to talk to the owner.”

She goes on to write that the man said “he wanted the grass mowed on the side of the back area because it was grown up and sore sight to look at.” She asked him his name but was too frightened to remember what he said, and after which he went back out of the house through the front door.

The woman spoke to Prntly about the incident, and her name is being kept confidential.

The police though have made no arrests at the time of this article’s publication. The woman also said only 1 officer was sent out, and they have not investigated or pursued the incident due to alleged local political connections of the man.