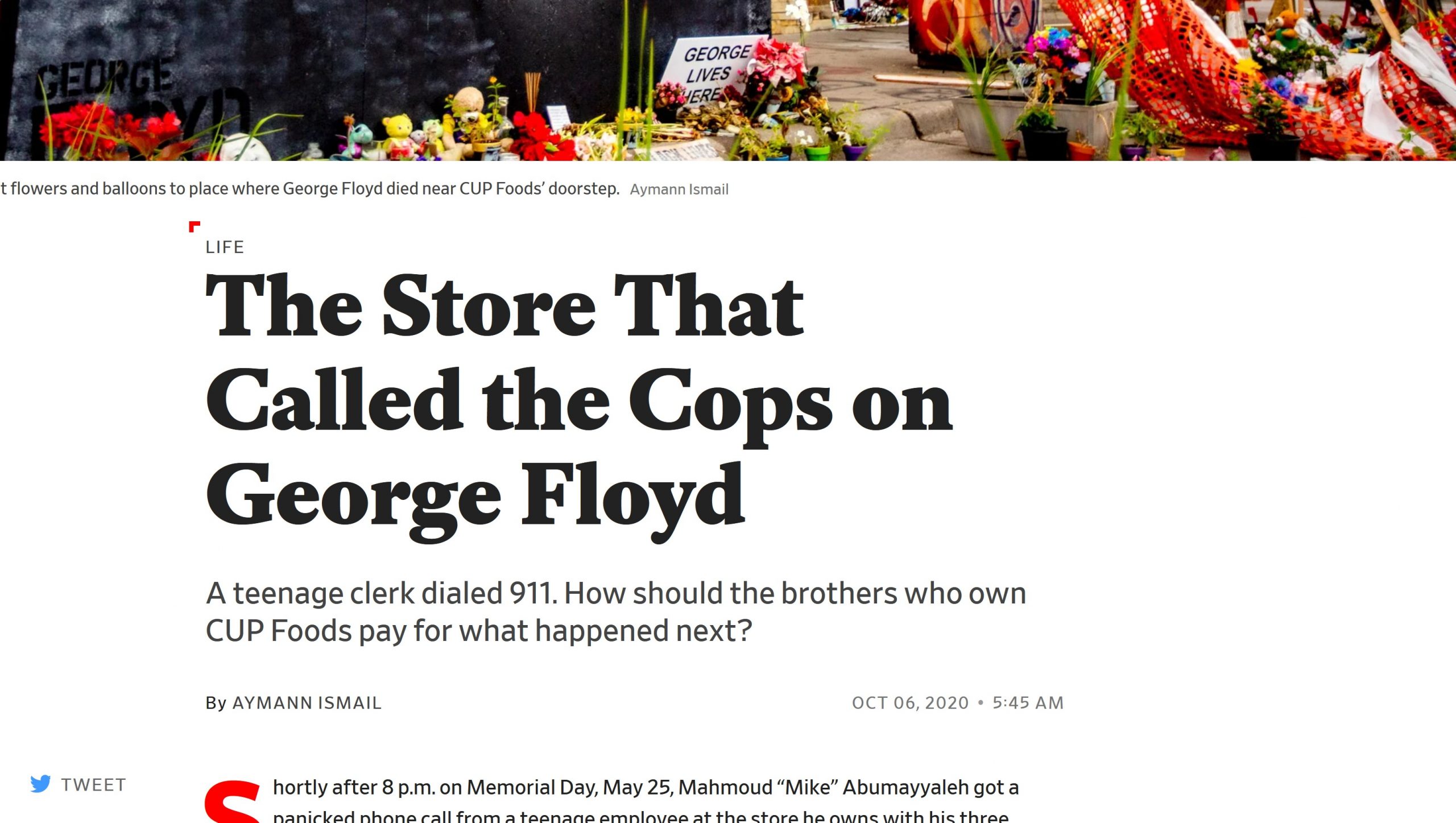 Far left online blog Slate has published an article on George Floyd, with the author asking readers how the owners of Cup Foods should pay for the death of George Floyd.

A teenage clerk dialed 911 over George Floyd acting belligerent and trying to pass counterfeit money. What happened next became history as George Floyd died while under the influence of multiple drugs and being restrained by arresting officers. The restraint involved a knee on his neck for 8 minutes, though there’s been debate as to whether that killed him or the drugs in his system did.

The article goes int o a long drawn out story of interviewing the owners of the store and members of the community. It goes on to passive aggressively accuse the owners of some kind of complacency to the death of George Floyd. It ends by trying to show the owners as understanding of their “arab guilt” and of being some kind of exploiter of african americans.

The full article can be found here: