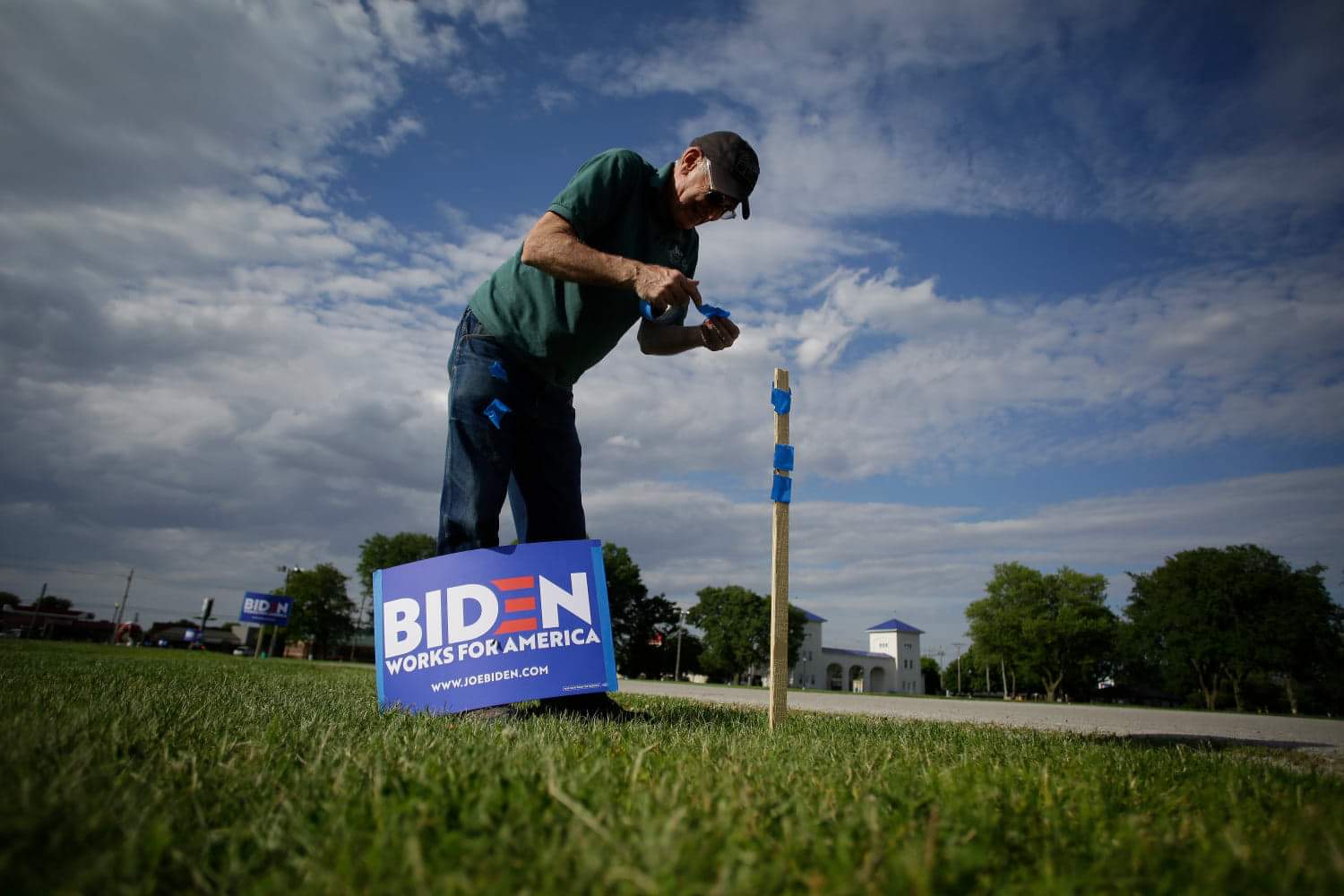 The first casualties of the 2nd American Civil War are in Minnesota, as a Trump supporter attacked an elderly couple over a Biden sign by using a golf club.

The Trump supporter saw the couple on the side of the road with a homemade Biden sign.

50 year old Mark Anthony Ulsaker of Lino Lakes, Minnesota is charged with 2nd degree assault with a dangerous weapon, threats of violence and assaulting a peace officer in connection to the Sunday incident, court documents filed in Ramsey County show. If convicted of all the counts against him, he would be facing a maximum sentence of 15 years prison time.

CBS Minnesota reported this about the incident:

According to a criminal complaint, multiple witnesses called 911 around 3 p.m. after seeing a man, described as stocky and bald, attacking an elderly couple with a golf club in White Bear Lake, at the intersection of Highway 96 and Centerville Road. After the golf club broke during the attack, the man reportedly punched the elderly man in the head.

The attacker then retreated to his pickup truck, which was parked at a nearby Walgreens, witnesses told investigators. The elderly woman gave chase. When she approached the truck, the pickup drove toward her, hopping over a curb before speeding off on Centerville Road.

The victims, who were in their late 70s/early 80s, told responding officers that they were just minding their business on the street corner with their homemade Joe Biden sign when the attack unfolded, the complaint states. First, the man pulled up in his red truck and shouted “f— You!” at them, which they ignored. A moment later, the man was stomping toward them with a golf club.

During the interview, Ulsaker admitted to “flipping off” the couple, kicking over their sign, and swinging his golf club at them. The golf club broke when it hit the woman’s chair. Ulsaker said he then pushed the seated woman over, and that’s when the man came after him, so he punched him in the head. Ulsaker said that while he did drive his truck over the curb to scare the woman, he had no intention of running her over.“