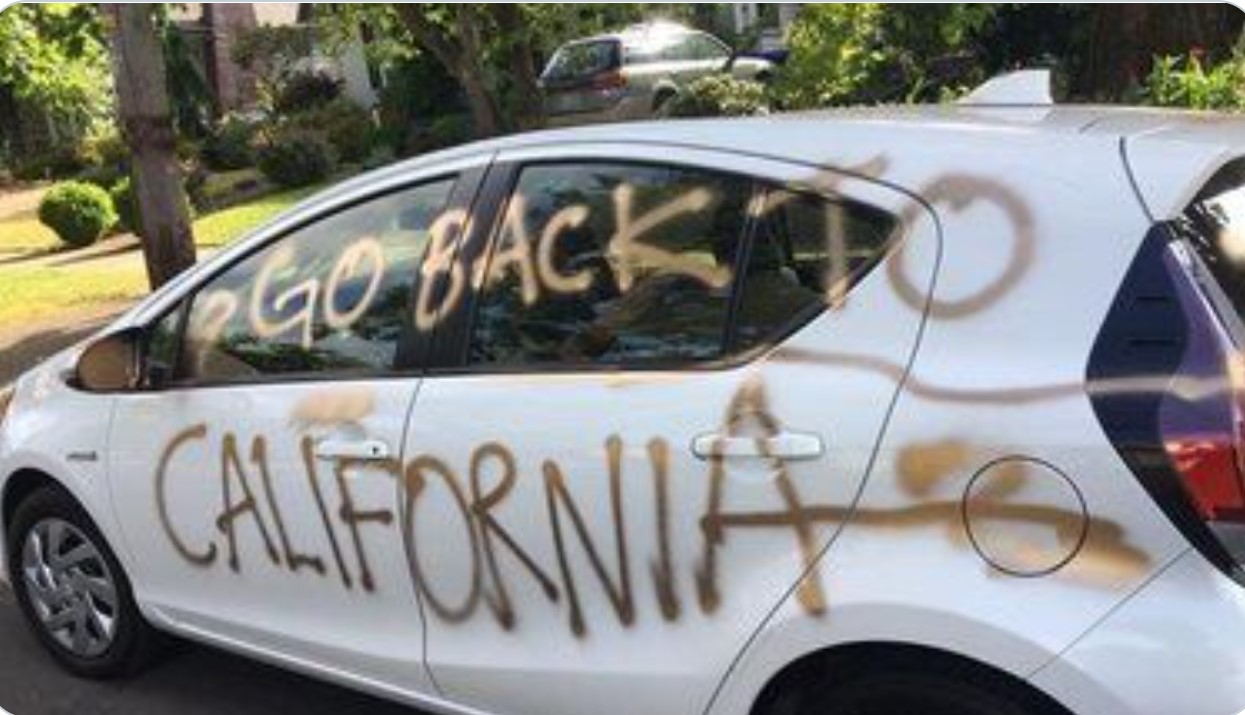 California liberals who moved out of California in their prius to a more conservative policy-minded, capitalist state (but not by much, only compared to California standards), got a dose of what most of the country thinks about them on their car.

The couple were shocked when on their car was spray painted the words “go back to california” in gold paint.

The tag was posted on twitter and had other california liberals shocked.

The prius-loving liberals moved to Oregon, which is directly north of California and while very liberal, is still conservative compared to California, with a more capitalist income tax system and less taxes on the wealthy, no sales tax, more lax gun laws, far less regulations, and a more capitalist system that has not had democrats in power long enough to erode it on a state level like California has.