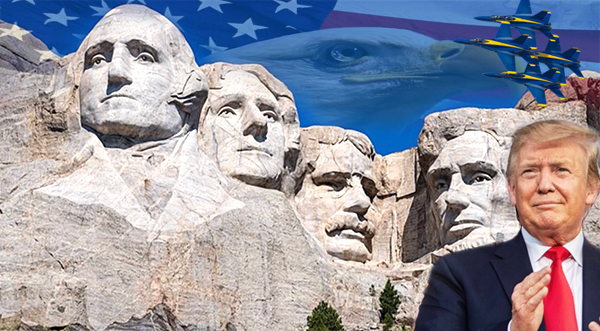 President Trump has put out a question for Americans, asking if they think that Mount Rushmore is a symbol of white supremacy. We are also putting the question out to our readers in a new poll, which can be found below:

Is Mount Rushmore A Symbol Of White Supremacy?

Democrats have come out and said that it is a symbol of white supremacy, with CNN even going so far as to call out President Trump accusing him of stoking racial tensions just by giving a speech in front of it.

After voting in the poll above, share this story on facebook with your friends and get the votes up. America will let it be known if Mount Rushmore is in fact racist or not.

You can also see President Trump’s full unedited speech in the video below:

One thought on “VOTE AND SHARE: Is Mount Rushmore A Symbol Of White Supremacy?”