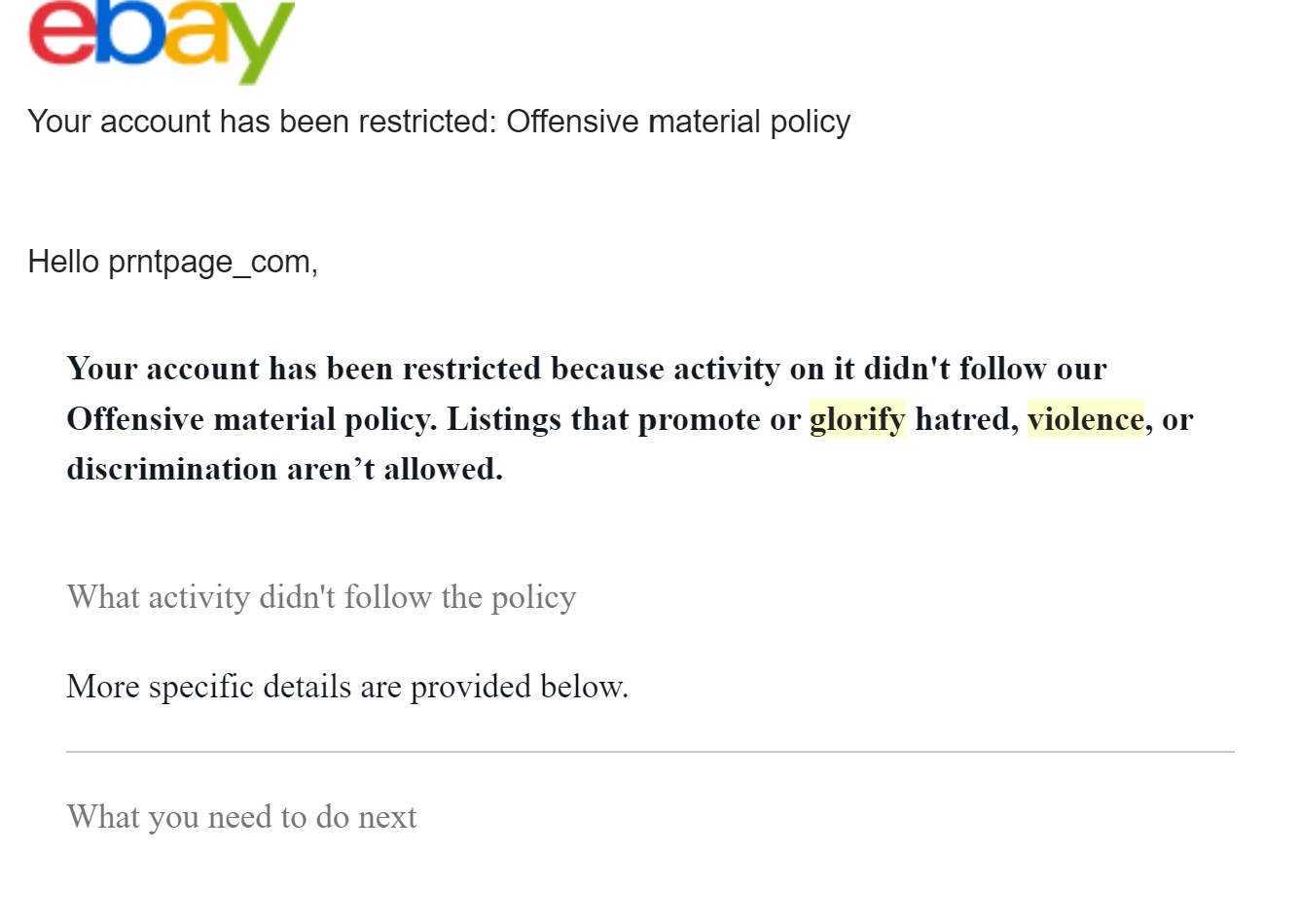 A conservative business was deplatformed by Ebay for selling Trump 2024 bumper stickers on Ebay. The business received an email from Ebay saying that “Your account has been restricted because activity on it didn’t follow our Offensive material policy. Listings that promote or glorify hatred, violence, or discrimination aren’t allowed.”

It went on to say

– Listings that promote, perpetuate, or glorify hatred, violence, or discrimination, including on the grounds of race, ethnicity, color, religion, gender, or sexual orientation, aren’t allowed. This includes, but isn’t limited to, the following:
— Slurs or epithets of any kind
— Items, including figurines, cartoons, housewares, historical advertisements, and golliwogs with racist, anti-Semitic, or otherwise demeaning portrayals, for example through caricatures or other exaggerated features
— Black Americana items that are discriminatory
— Slavery items, including reproductions, such as tags, shackles, documents, bills of sale, etc.
— Confederate battle flag and related items with its image
— Historical Holocaust-related items, including reproductions
— Any item that is anti-Semitic or any item from after 1933 that bears a swastika
— Media identified as Nazi propaganda
— Listings that imply or promote support of, membership in, or funding of a terrorist organization
– When offering shipping to other countries, make sure to first check our International trading policy to verify that your item is allowed .”

The listing? A 10 Pack of Trump 2024 Bumper Stickers, along with a flag that said “Fuck Biden.”

You can still buy the bumper stickers on the company’s website, Prntpage.com.