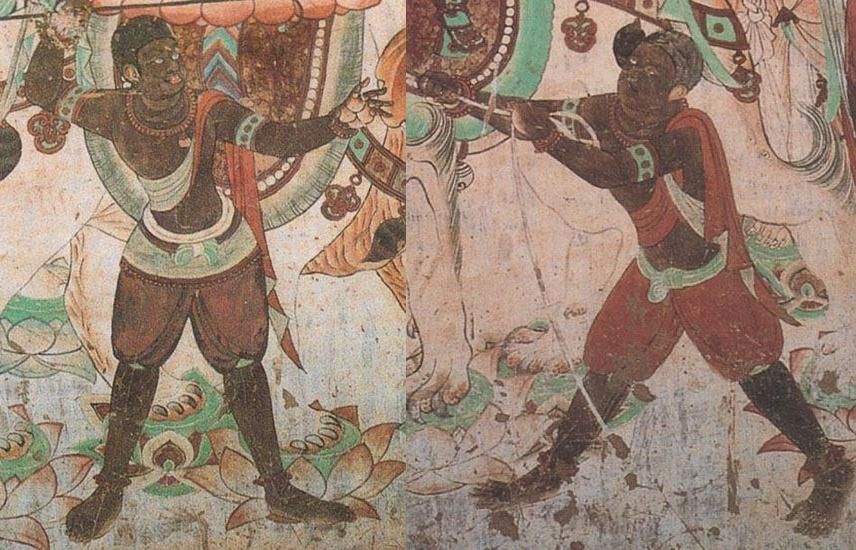 Much is told about the enslavement of black Africans by America. One can’t go a day without hearing some direct or indirect reference to slavery on the television or in the media. To a lesser extent, European roles in slavery is discussed, and an even lesser extend, the middle eastern role in slavery.

But never is it discussed that China had practiced the enslavement of blacks long before it was systematically practiced by the Europeans, and long before there even was a discovered America.

A thousand years ago, from the date of this writing, a network of Chinese merchant trader ships took form, that stretched thousands of miles from the jungle port cities of the far east orient, to the shores of eastern Africa, and this network would continue for over half a millennia. It involved the most unspoken slave trade in Human History: the Chinese slave trade of Africans.

In 813 AD, The black King of Kalinga sent to the Chinese Emperor of the Tang dynasty a minagerie of exotica from the African Savannah. The gifts included Rhinos, Giraffes, Elephants, Gazelle, and other wonder to the Chinese mind. But the biggest wonder of all was a number of black children the King of Kalinga had enslaved himself from other enemy tribes. The children were referenced in awe by the Chinese scholars of the day, who called them Zanghi, short for Zanzibar, which all of Africa was considered part of by the geographically incorrect Chinese. The children’s fate disappears from record, though it is likely they were treated like beasts and eventually died in captivity, but so began an obsession with black Africans as ornamental signs of status among the Chinese elite.

In the Chinese port city of Guangzhou, the Arab merchant community that resided there started importing large numbers of blacks as slaves by 1000 AD, and local Chinese went into a manic frenzy to purchase their own slaves, who they mocked due to their dark color and treated cruelly and brutally. The men were often subject to the practice of making Eunichs, primitively castrated slaves that served as house servants.

The africans rarely survived the 6 month long journey, and when they did, the humid, arid, jungle climate of China, along with the new diseases, often killed them not long after their arrival. “If in captivity, they are fed cooked food, after several days they get diarrhoea … For this reason they sometimes fall ill and die.” One Chinese Court official wrote.

The Chinese had little regard though for if they died, because they would just buy new slaves when they arrived, and the locals called the blacks “Guinu yeren” which translates loosely to “wild, devil slaves.”

The slave trade continued up to the late Medieval ages, when the novelty of the black slaves wore off, and because they were all castrated and never allowed to reproduce, the population of blacks in Chinese had vanished by the 1400s altogether, thus ending China’s half millennia dance with black slavery.