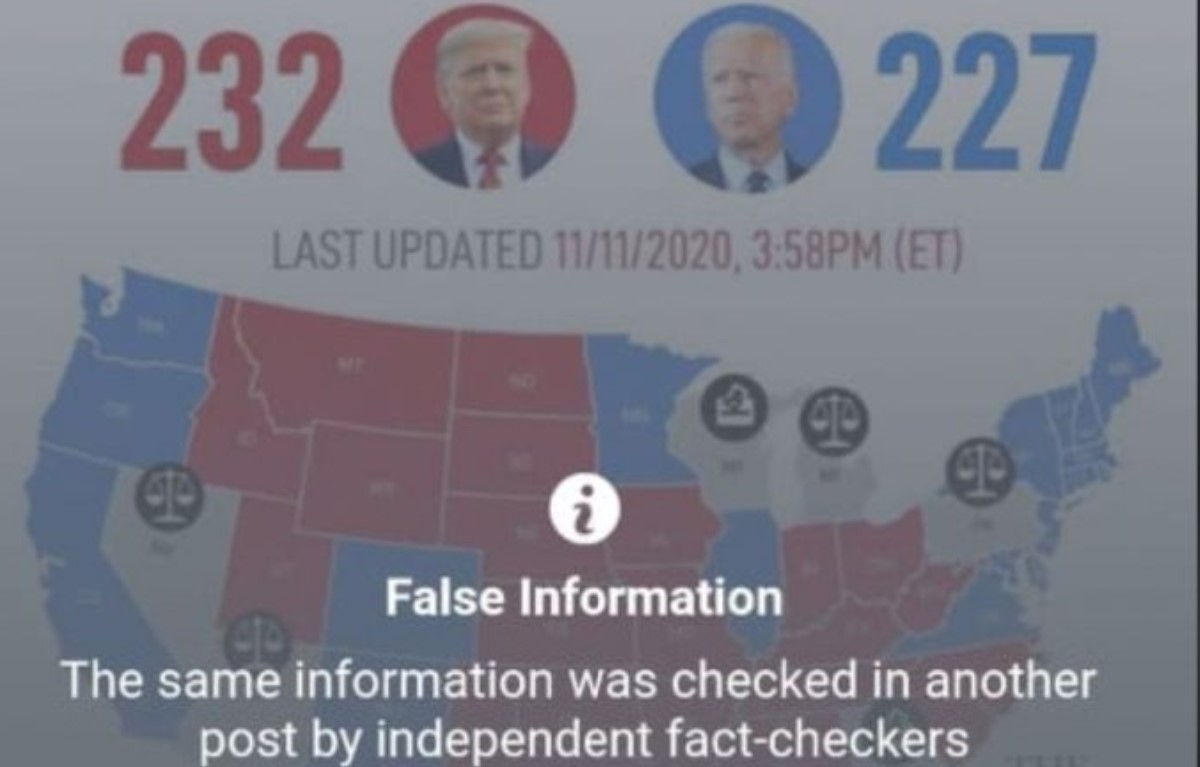 Facebook has shadowbanned Prntly again. This time for a photo of states in litigation by the Trump campaign over the election results.

Facebook issued the banhammer on Prntly and said that the photo was “fake news.”

The map in the photo then factored this in when calculating the electoral votes for each candidate.

The Trump campaign has in fact contested the results in Nevada, Arizona, Wisconsin, Michigan, Pennsylvania, and Georgia.

But Facebook decided that this is fake news and issued a temporary ban on Prntly’s Facebook page.

While disturbing, this should not come as a surprise. This only shows that Facebook will continue to suppress conservative thinking on their platform, and Republicans must go to other more free speech friendly websites instead.