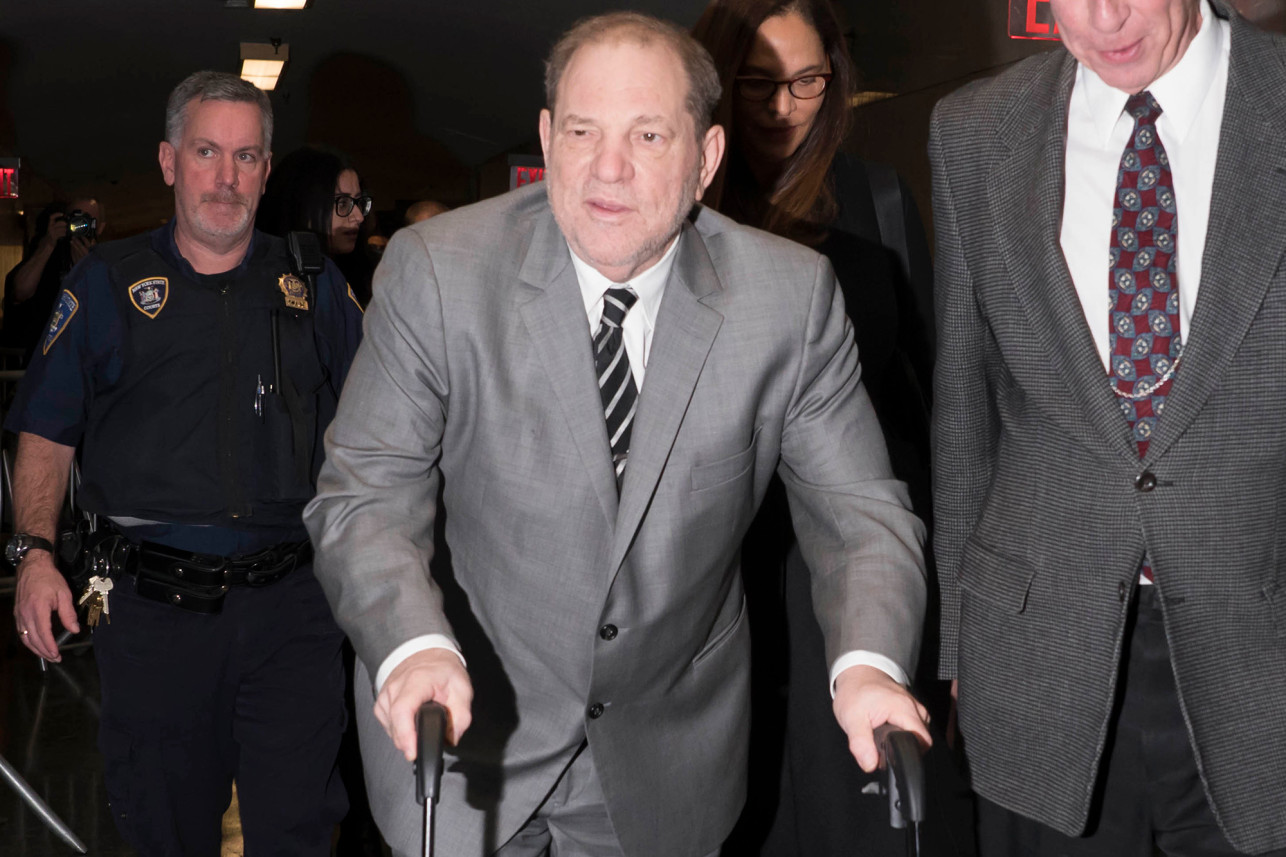 34-year-old former actress Jessica Mann painfully told all in a Manhattan Supreme Courtroom in front of jurors today. It was for disgraced hollywood producer Harvey Weinstein’s rape and sex assault trial: “The first time I saw him fully naked, I felt, I thought he was deformed and intersex.

“He has extreme scarring that I didn’t know if maybe he was a burn victim.

“He does not have testicles and it appears like he has a vagina.”

She then went on to say that “It seemed his anger came from a place of shame.”

She told jurors of how he became violently angey with her when they showed up at a hotel and he said they’d need a room. She tried telling the employee at the counter it wasn’t necessary, which prompted Weinstein to rustle her into a corner of the hotel lobby and scream at her.

Mann testified before jurors: “He got very mad at me for trying to speak up.

“I was saying to the people [at the counter] ‘We don’t need a room,’ so he pulled me aside in the corner and told me not to embarrass him.”

When she was asked about Harvey Weinstein’s body odor and hygiene, she stated: “It was very bad. He smelled like s*** — excuse me, sorry, like poop. He just was dirty.”

“He ripped me up from the chair and the table and he was screaming, ‘You owe me. You owe me one more time,’ as he was dragging me into the bedroom,” she said.

Weinstein, then threw her down on the bed and demanded she take off her clothes as she was “begging him, ‘No, please don’t,’” Mann said sobbing.

Then, “he lunged at me with both hands and went into my pants and he ripped my pants so hard and so fast off of me that I had three scratches down each leg from the top of my thigh to my knee,” she said.

“He grabbed both of my ankles and he pulled me so hard down that I flew back and that’s when…he pushed my legs apart and did something with my pants to get them out of his way and then he put his mouth on my vagina,” Mann said.

“He said something I don’t know what he said and then he came at me to get on top of me and then he penetrated me…he put his penis inside of me and he started to just try to you know . . . have sex with me and I remember that he had attacked me so fast,” she said, adding that she “couldn’t breathe because he was so heavy on me.”

Afterwards, Weinstein told her, “things like, ‘Okay, now you can go have your relationship and what you can do is you can bring me other girls. You can be my, what do you call it, a wing girl’ and then he apologized to me.”

“He said, ‘I’m sorry about earlier I just find you so attractive and couldn’t resist.”

She then went on to recall how he peed on her once and in a separate incident, he said: “Do you like my big fat Jewish d***.”

When he tried to have sex with her at 24, and she refused, he berated her, saying “You’ll never make it in this business! This is how the industry works!”

She told jurors that things were innocent when they first met.

Then during a later meet-up, Mann and her close friend Talita Maia went to a hotel with Weinstein after a night out, where Weinstein confessed to them that they’d be “perfect” for a vampire film he was making.

“He said, ‘Listen, girls, why don’t you take your time, finish your drinks. Let’s go upstairs. I have the scripts. I’ll give you the scripts,’” said Mann, who added that Weinstein had told her she reminded him of his then-wife, Georgina Chapman, and that she was “prettier than Natalie Portman.”

“I said, ‘No, no, no, I know what that means,’ and then he laughed at me and said, ‘I’m a harmless old man,’ and then I got embarrassed because he made fun of me,” she said.

“As he was closing the door, he then had me by both arms and he came at me and he was pushing me back and trying to kiss me like crazy. I was like, ‘Whoa, whoa, whoa, I told you I’m not sexual,’” she said.

She testified that they then got into this “sort of tussle back and forth” and he eventually “tightened his grip.”

“The more I fought, the angrier he got and his anger scared me, so I tried to calm him down [with a] joke and he calmed down a bit,” she said. “He said, ‘I’m not letting you leave until I do something for you’ … then he told me to sit on the bed and that’s when he went down on me.”

Mann also spoke about the close relationship Harvey Weinstein had with President Bill Clinton. ‘He loved to tell me about Bill Clinton who was his neighbor. He would talk about all this money he would raise for big organizations. He had a story for almost anyone in the world. The biggest one for me was Bill Clinton’.

Prosecutor Illuzi asked about phone calls between Weinstein and Clinton and Mann said she witnessed at least three.

Weinstien would refer to Clinton as ‘Mr President’, she said.

Mann said: ‘The last two that I saw were when he was raising money for Hillary Clinton.’

Illuzi asked: ‘How did that affect your conduct with regards to the defendant?’

Mann said: ‘I was intimidated more because when you are raising that amount of money for that powerful a person they are not going to want to deal with someone crying rape.’