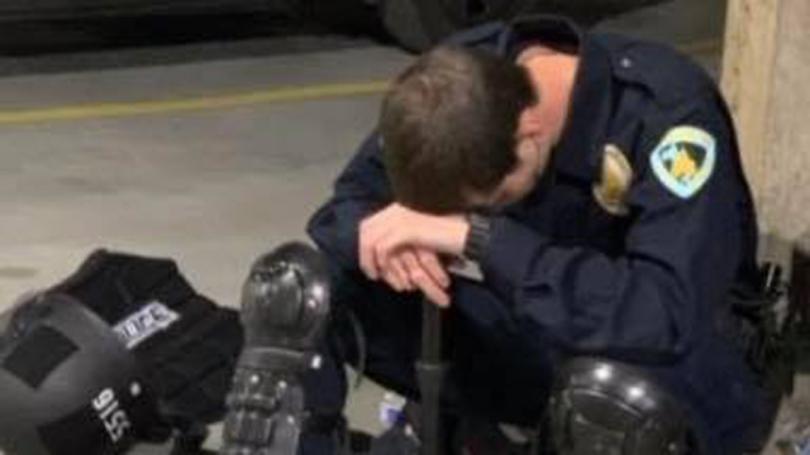 Police are becoming disillusioned and giving up in Liberal cities across America as they face bricks, guns, bombs, and explosives from mobs of rioters. as well as graffiti slandering them with every name imaginable. It’s causing them to completely not care.

As a result, across America people in liberal cities are facing noone to help them when they are the victims of rape, theft or assault.

Whats saddest of all is that new york’s safe act laws prevent law abiding citizens from easily owning firearms and even defending themselves.

3 thoughts on “Police Are Giving Up In Liberal Cities. It’s Causing A Criminal Utopia”