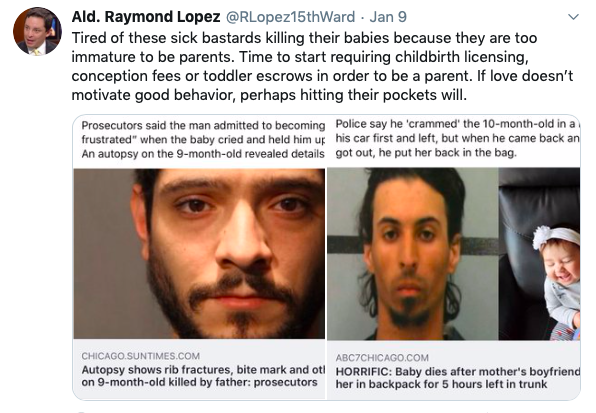 One Democrat in Illinois wants to bring over taxing to a whole new level. Chicago local Alderman Ray Lopez wants to tax child births. He calls them “conception fees. He also proposed having to get a license to have a baby. He followed up with a requirement for “toddler escrows.” When reached out to by the Chicago Sun-Times, he doubled down on the unusual proposal and said he was serious. He told the newspaper that if it was possible to legally implement parental licensing or conception fees, he would lead the fight for it. He also apparently expressed anger that “we’re not a communist country with child-bearing laws.” It’s ironic that he is proposing such a tax, because illinois was just found to have the worst population decline in the United States, thanks mainly to high taxes. .